The Art of the NOW Screen 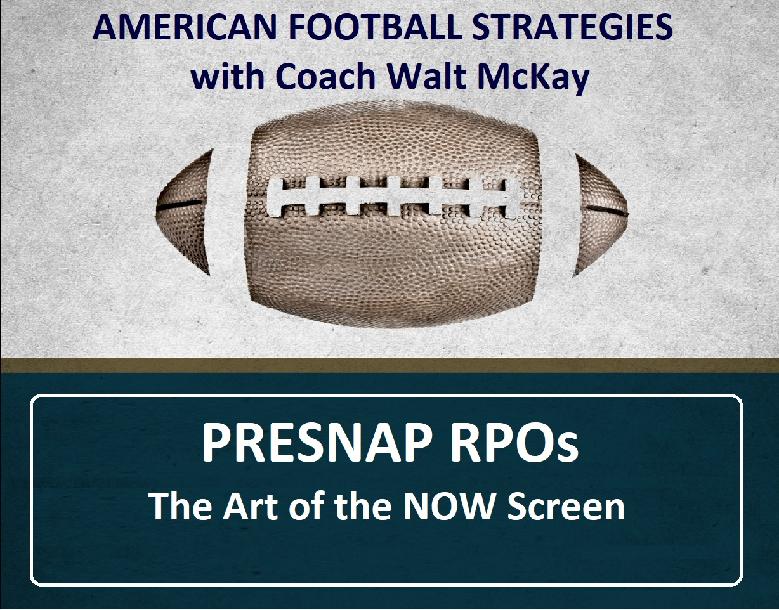 Coach Walt McKay takes us step-by-step through the process of taking advantage of any defense using Wide Receivers to stress a defense horizontally, vertically, and athletically.  Also known as a "Key" screen, these simple concepts are flexible enough to build into any scheme, and simple enough to teach at all levels.

WHY BUY OUR INSTRUCTIONAL VIDEOS?

Coach Walt McKay was born and raised in Monessen, PA, a small town 30 miles south of Pittsburgh.  A football scholarship brought McKay to Texas, and his first coaching job brought him to Blacksburgh, VA, where he worked as a Graduate Assistant in the late 1970s.  After receiving a B.S. in Physical Education he went on to receive a M.S. in Sport Management from Virginia Tech.

McKay has been married to Mary for 39 years and they have three children, Michael, 37; Brandon, 34; and Amanda, 29. His family resides in Orange County, TX.

You just booked "The Art of the NOW Screen"