The Hurry Up No Huddle: An Offensive Philosophy 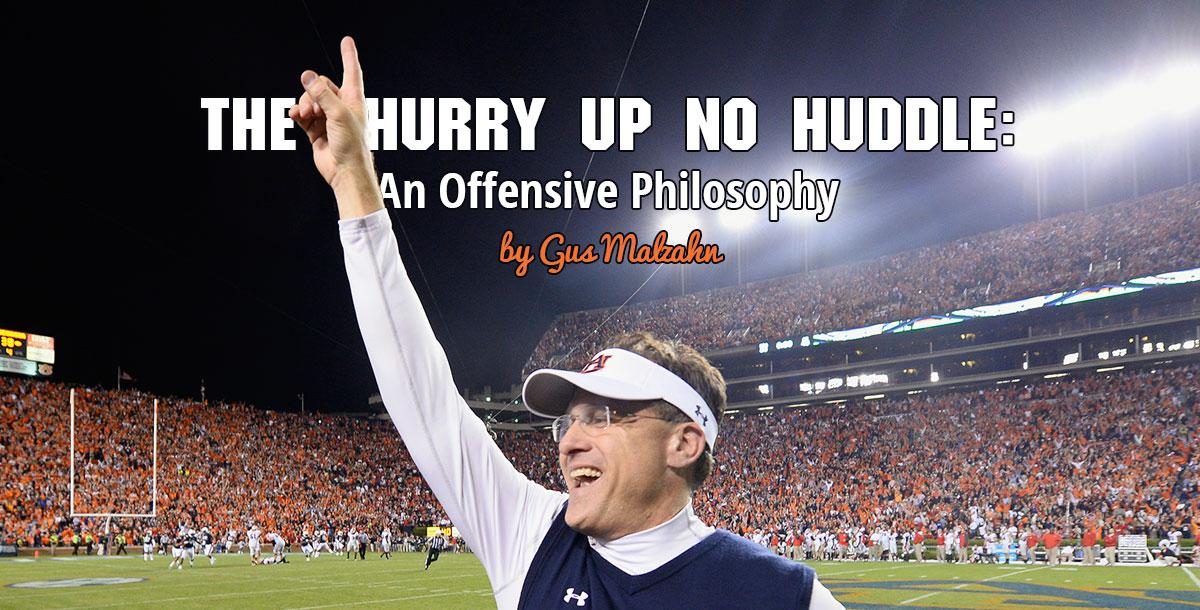 In this course Gus Malzahn will comprehensively break down the Malzahn Offensive Strategy by taking you through three courses in one.

Learn how changing the traditional dynamics of football can give a team a major advantage over its opponents. The Hurry-Up, No-Huddle: An Offensive Philosophy highlights the revolutionary concept of a team running its offense at a 2-minute pace for the entire game. The coaching videos featured in this first course discuss the philosophy and principles attendant to the hurry-up, no-huddle and explain the relevant responsibilities of coaches and players.

The Shotgun Running Game With Play-Action Complement presents a step-by-step review of how to develop and implement a successful running game out of the shotgun formation. The detailed instructional videos in this section also explain the positional responsibilities for the running game and offer coaching pointers and game footage for seven proven running plays out of the shotgun.

In Gus Malzahn's first year at Auburn he received national acclaim for overseeing one of the biggest turnarounds in college football history. Coach Malzahn inherited an Auburn Tigers football team that did not win a single SEC game in the 2012, then led them to an SEC Championship and an appearance in the 2014 BCS Championship Game.

This course is solid. Love how it bounces from field drills to game/practice film review. You're my boy, Gus.

I've actually completed this, but part 24 comes up for every passing film. Glitch in the Matrix.

I'm a BIG believer in what Coach Malzahn does offensively. I have studied him and philosophy for years. This course is great for any coach who is interested in learning this philosophy.

You just booked "The Hurry Up No Huddle: An Offensive Philosophy "