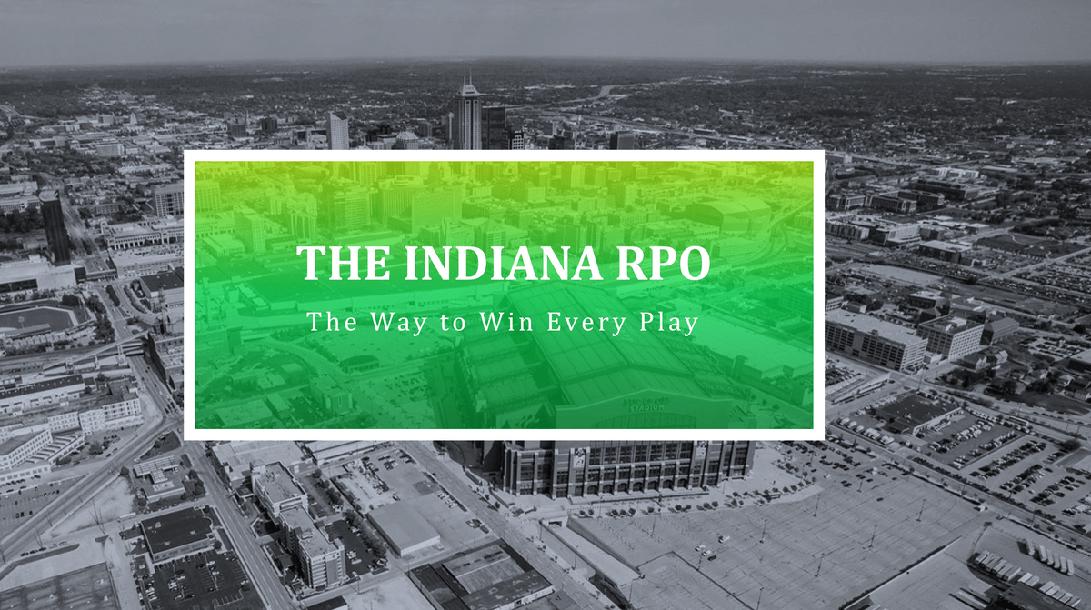 Take your offense up a notch! The Indiana RPO is a simple yet effective way to mesh triple option concepts with a two-level passing option on the backside. This course includes step-by-step instruction and diagrams showing how to effectively run the Indiana RPO. Learn what your QB needs to read, and where his eyes need to go.

RPO’s have changed the game, and through this clinic presentation and the accompanying documents, you'll be shown how this concept can be used to create a multiple formation attack while retaining the step-by-step process of the Indiana RPO. By pairing a simple pass concept with the run game your offense can option its way to being correct every time.

This course will detail an extensive look at what makes the Indiana RPO so successful.

With eight years of coaching experience, including coaching at Otterbein University and two stints in Indiana's MIC conference, Coach Cross has seen a thing or two when it comes to the organization of a football program. Pairing his coaching experience with Bachelors’ degrees in Sports Management & Business, as well as a Master's in Business Administration, he is a coach who understands the importance of the delicate balance between football knowledge, team culture, and program organization.

In addition to his hands-on coaching experience, Coach Cross has spent countless hours of professional development devoted to football principles, techniques, and schematics. Having attended The Ohio State University's coach's clinic the past seven years, as well as a myriad of lectures and programs at the Indianapolis, Cleveland, and Cincinnati Glazier Clinics,  Coach Cross brings a unique perspective of passion and knowledge of the sport to his coaching method.

Coach Cross spent three years as an assistant coach at Circleville High School (OH) where he worked with the offensive line and inside linebackers. He followed that up with a Graduate Assistancy at Otterbein University (OH) coaching O-line. When his wife of four years took a job opportunity back Indiana, he was tasked as an Assistant Coach for Coach Graves at Pike High School (IN). After coaching at Pike, Coach Cross made the transition to being a Freshman Offensive Coordinator for John Rodenberg’s Lawrence Central program (IN). Most recently, Coach Cross was the Offensive Coordinator at Crispus Attucks High School (IN).

You just booked "The Indiana RPO"