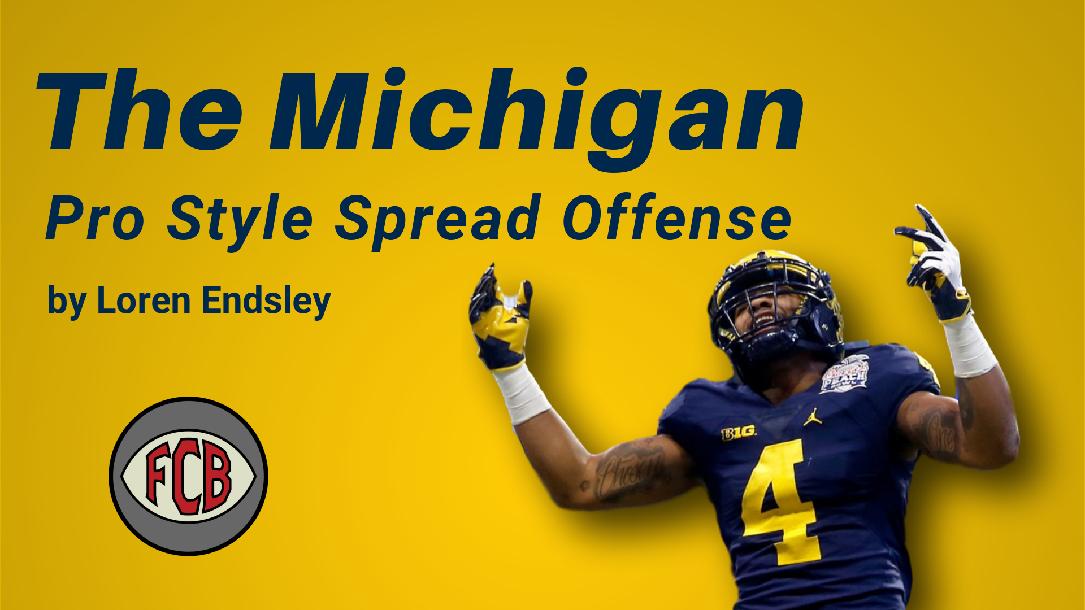 Get 25% off on this course by clicking here!

Hail, HAIL to the Victors! Champions and Best!

While in recent years Michigan has not been known for its offensive explosion, the addition of Josh Gattis and the development of Shea Patterson have rejuvenated the historical power of Michigan Football.

The winningest football program in major College Football has had a facelift with a new “Speed In Space” motto!

Jim Harbaugh still wants to bring the power and aggression to run over defenses as Bo Schembechler did, but with defenses getting bigger and faster it is getting tougher to do that.

Luckily, the Michigan staff has been able to implement different variations to formations, RPOs, and other window dressing to get the spark they need!

No doubt, Michigan will forever want to be a power, ground-n-pound blue-blood of college football, but they are evolving and expanding!

In this course, you’ll be able to see the number of advantages they make with unbalanced formations and RPOs disguised as power football with fullbacks and true blocking tight ends.

Michigan is working to improve and is close to becoming elite again!