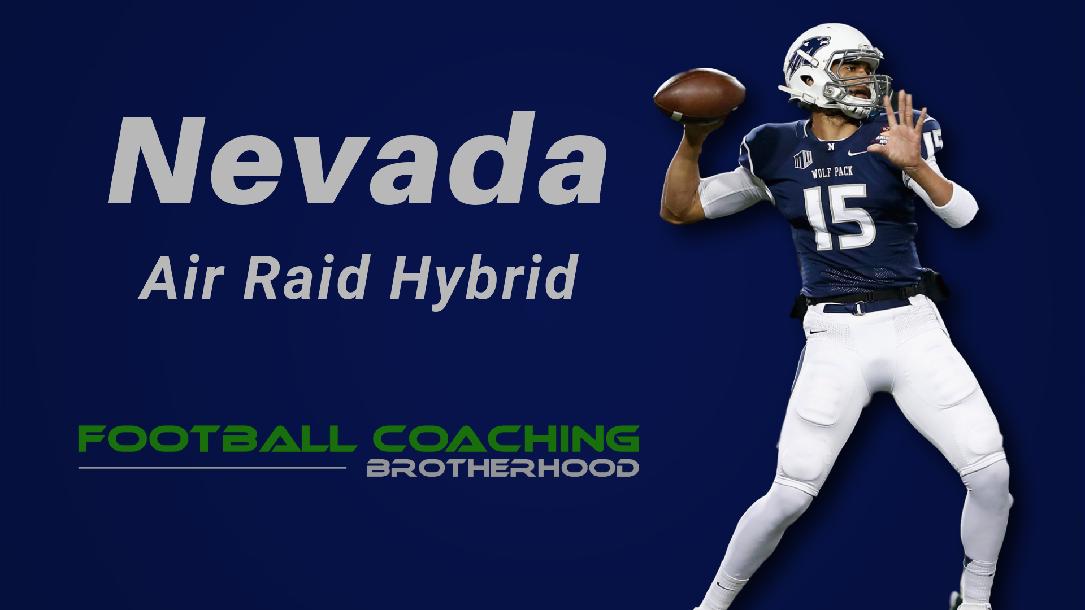 Air Raid Nation...have you seen what Matt Mumme is doing at Nevada?

Sure he's running the Air Raid Offense...but it's not his Daddy's Air Raid anymore.

Mix in some Wildcat, Go Go and good ol' Power and you have a totally new brand of Air Raid.

If Hal Mumme is the Godfather, who is Matt besides his son who actually played in his father's system and now coaches his own version of it?

He's the next generation of Air Raid coach that has a brand new take on it.

You will learn how your Air Raid knowledge can be taken and applied in a truly multiple way.

If you are a coach who love the offense but other factors like climate or talent have forced you to change what you do...

...this is your answer. You can still have your Air Raid cake and eat it too.

The clips are being uploaded right now and the full course is completed. Get in now early before the price returns to the full amount.

At Dakota Wesleyan Coach Endsley shattered the school record for Total Yards & Passing yards in a game. Before Dakota Wesleyan, he also coached Offensive Line at Eastern Oregon University as well as being a Head Coach at the High School level at Lake Roosevelt High School, where his team broke several Offensive Records. Endsley has coached two AFCA All-American Offensive Linemen along with six All-Conference Offensive Linemen in both the Frontier Conference and the GPAC Conference. Along with that he was a Run Game Coordinator for a top-25 Rushing Team in the nation.

He coached an Offensive Line group that led Eastern Oregon University to top-25 offensive rankings in the NAIA, while coaching two All-Conference First-Team performers on the offensive line. Before coaching at EOU, Endsley was the head coach at Lake Roosevelt High School in Grand Coulee, Wash. He coached eight All-Central Washington First-Team athletes on offense and five All-Central Washington First-Team performers on defense.