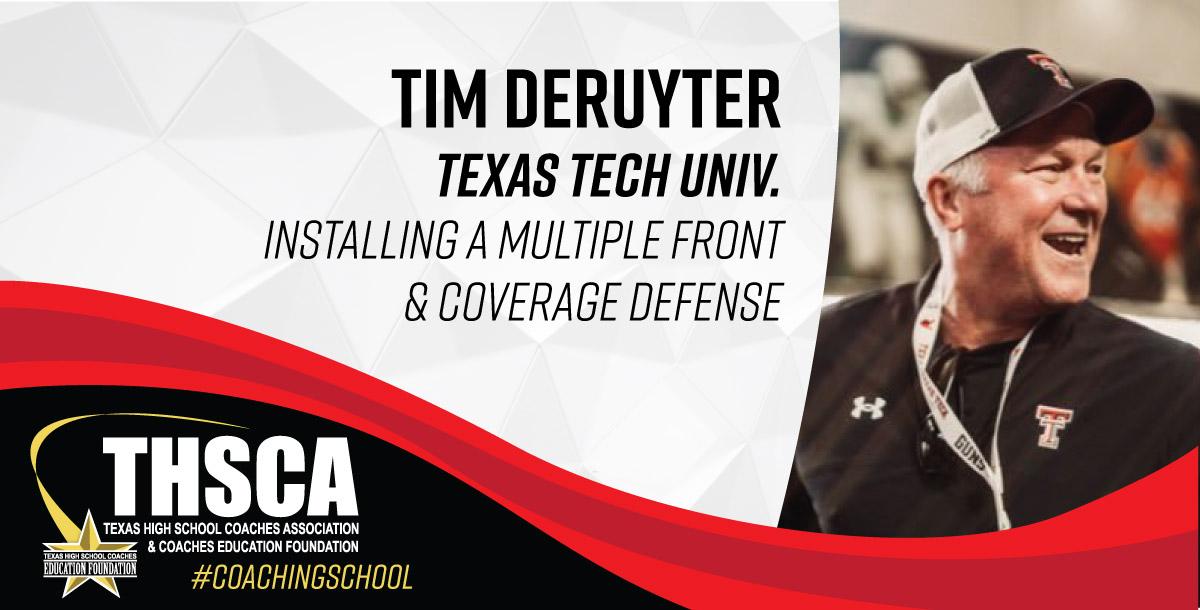 Tim DeRuyter, one of the top defensive minds in college football and a former head coach at Fresno State, enters his first season as the defensive coordinator at Texas Tech after being tabbed to the position on Dec. 9. DeRuyter arrived in Lubbock having served as a defensive coordinator or a head coach in each of the past 20 seasons, including each of the past five years in the Pac-12 where he led the defenses for California (2017-20) and Oregon (2021). Prior to that, he was the head coach at Fresno State for four-plus seasons, leading the Bulldogs to two Mountain West titles. His ties to the state of Texas date back to his two seasons at Texas A&M from 2010-11 where he coached a former NFL great in Von Miller.