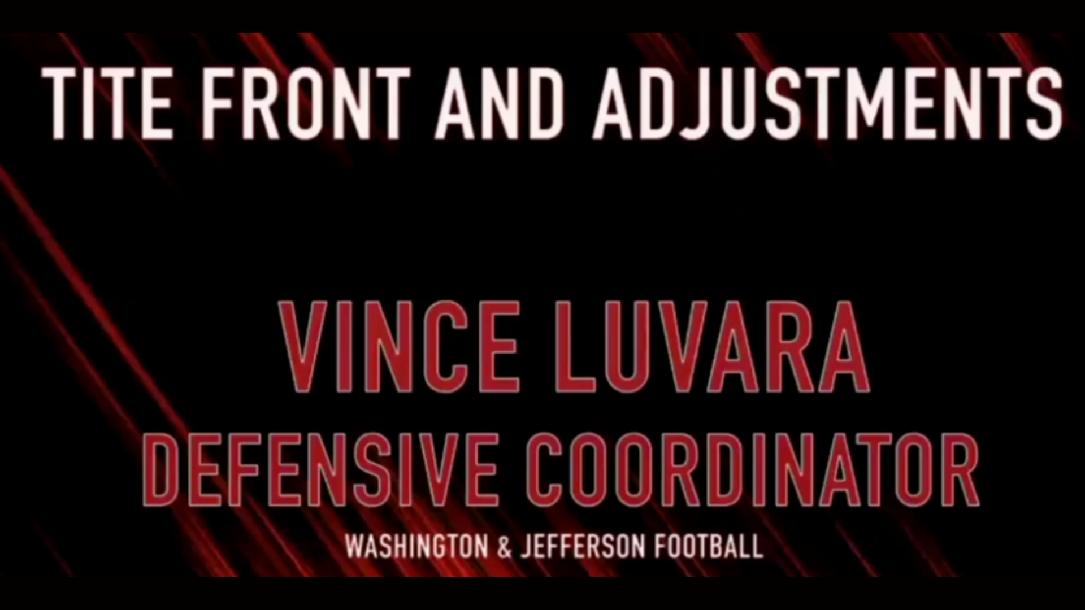 In this course, Coach Vince Luvara talks about the Tite Front and the adjustments he makes. Coach breaks down the Mint Front, he also demonstrates the different variations of Mint. Luvara shows game films, calls, and more!

Simply click the ‘Book This Course’ button at the top right of this page, place your order, and you’ll immediately be logged into the training with full access. Learn how Coach uses tite fronts and adjustments to improve his defense today!