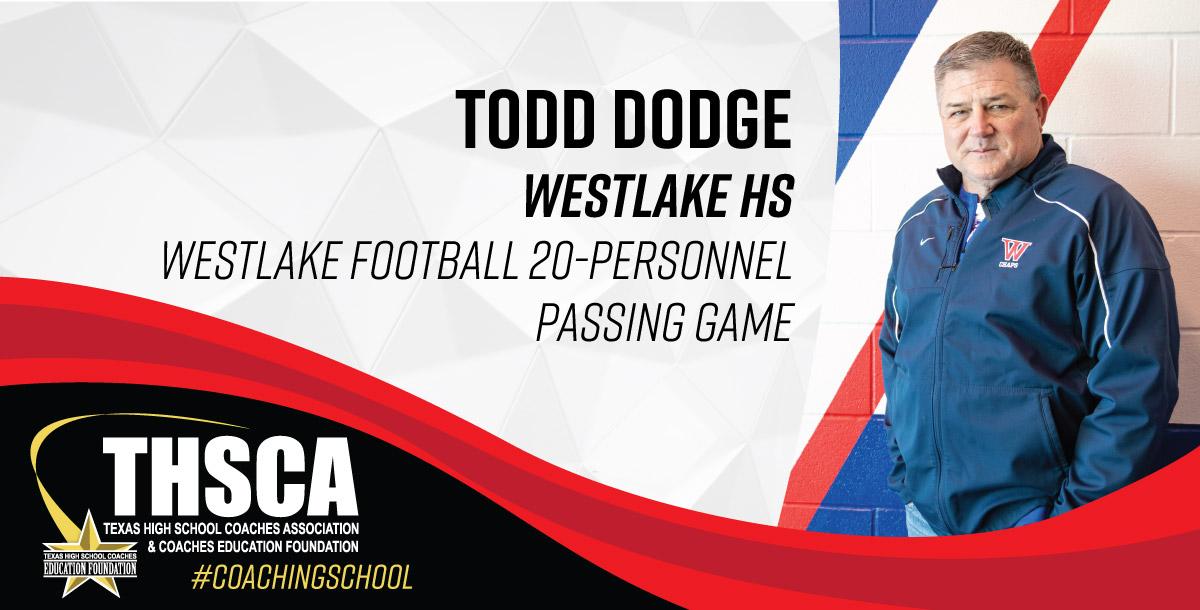 Todd Dodge served as the Head Football Coach and Athletic Director at Westlake High for the last eight years. Dodge, newly retired, finished his 36 years in coaching as a state champion. The last three years at Westlake, Dodge went 45-1 with back-to-back - to - back 6A State Championships. Upon conclusion of his eight years at Westlake, Dodge boasts undefeated regular seasons in 2017, 2020 and 2021. During his five-year run at Southlake Carroll from 2002-2006, he was 79-1 with five consecutive state championship appearances at the Texas 6A level – winning the state championship four times during that run. Dodge holds eight career state championship appearances overall and has won seven. As a high school coach, Coach Dodge has been named National Coach of the Year four times. His overall career coaching record is 236-72.

Coach Dodge has been married to Elizabeth Neptune Dodge for 36 years. They have two children – a son, Riley who currently serves as Southlake Carroll’s Head Football Coach and is married to Alexis, and a daughter, Molly who is married to Weston Kuenstler. Todd and Elizabeth are the proud grandparents of Tate Riley, Landry Mack, and Blakely Dodge.