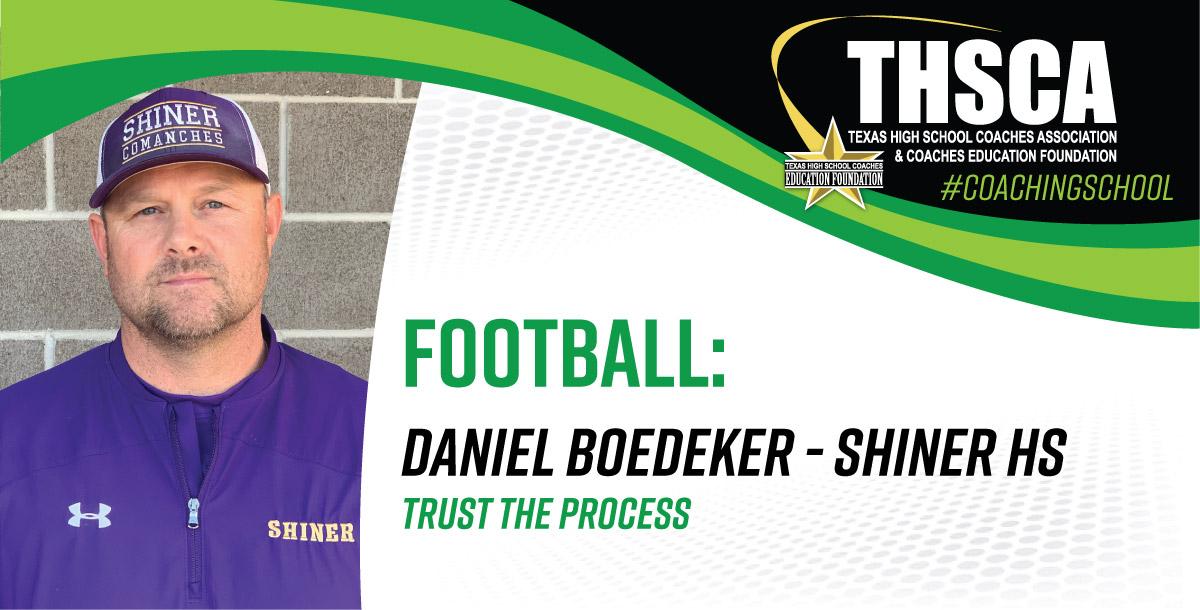 Daniel Boedeker graduated from Shiner High School in 1992. He went on to earn his Bachelor of Science degree in Kinesiology from Sam Houston State University where he was a member of the Bearkat Baseball team from 1992-1997. His first coaching job was at Dayton High School from 1997-1999. He then returned to Shiner High School as an assistant in football and baseball. He was part of the 2002 baseball State Championship. In 2002, he left to become an assistant football and baseball coach in Gonzales. In 2003 he returned to Shiner as the head baseball coach. In 2004 he was a part of the Baseball and Football State Championships. In 2015 he became the Defensive Coordinator for the Comanches and in 2019 was promoted to Athletic Director and Head Football Coach. The Comanches have compiled 26-1 record over that span and were the 2020 Class 2A State Champions. Daniel and his wife Nicole have been married for 23 years and have 3 children, Coy, Ty and Avery.