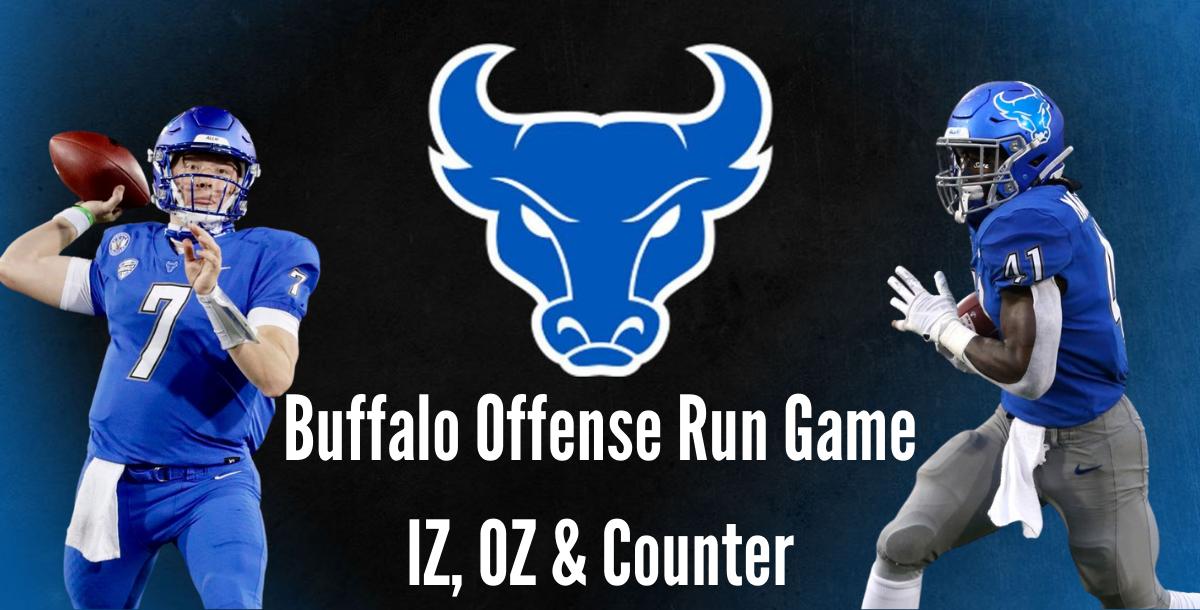 When it comes to having winning success in football, one of the most important things a team must do is execute a solid run game strategy.

While there are many different styles of play, for this course we will focus on the strategies that the Buffalo Bulls have used in their highly successful zone and counter run game.

How successful have they been?

Check out these statistics pulled straight from the NCAA FBS Team Statistics page:

The Buffalo Bulls offensive line plays a vital role when it comes to their run execution.

To see how they really did it, we collected 20 of their best run plays and analyzed the wide and end zone film.

For the purposes of this course, we will break down and share the best examples of offensive plays the Bulls used last season.

We will also analyze these plays in order to demonstrate how their combination of Inside Zone, Outside Zone and Counter, can be successful and score points when executed properly.

If you want to be a coach who is successful at teaching the IZ/OZ and Counter run game, then take this course to learn from the best team that executed these schemes.

Football Coaching Brotherhood is founded by Jason Hahnstadt who has been studying the game of football as a coach since his playing days at Taylor University in 1999. His passion led him into a variety of coaching positions where he enjoyed learning new systems at multiple levels. Jason is as passionate about coaches' education as he is about coaching the game of football.

Jason has published 30+ courses on CoachTube on a variety of Football and Track and Field Topics.

As an author, Jason has also been published in the book "Flipped Learning: Gateway to Student Engagement".

Pretty basic but nice to have to compare plays to there's and for players to watch base core plays run at high level.