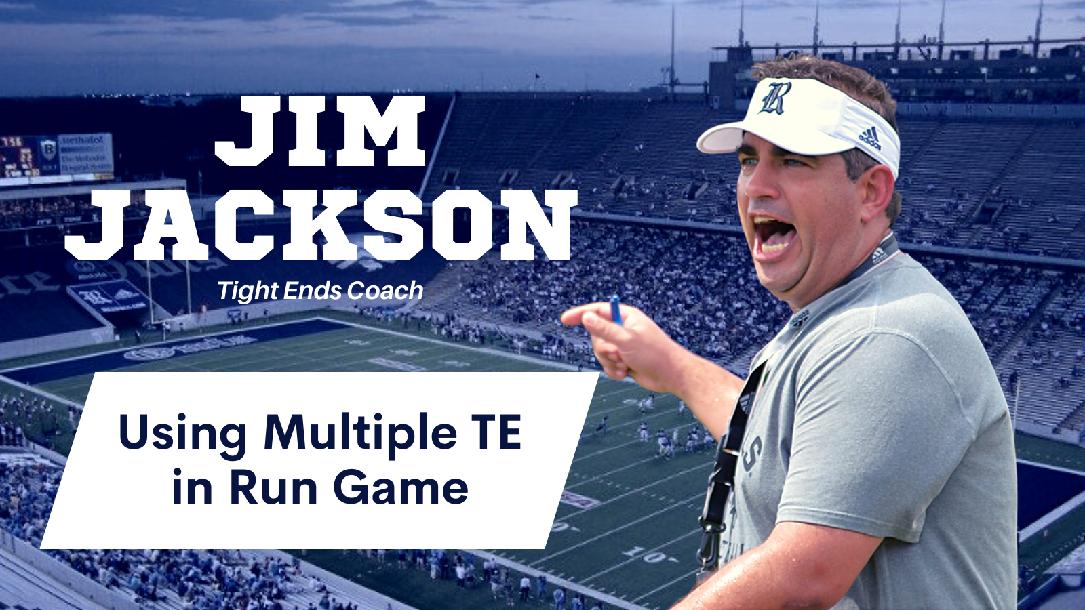 In this course, Coach Jim Jackson talks about using multiple tight ends in the run game and how to do it efficiently. He gives a complete breakdown of the zone extra, how to use it, incorporate it, and more. The coach gives an overview of cutoffs and plunges provided with video examples. Everything you need to implement a running game with multiple tight ends is right here!

Simply click the ‘Book This Course’ button at the top right of this page, place your order, and you’ll immediately be logged into the training with full access. Take a look into how Coach Jackson uses multiple tight ends in the run game today!

A Texas native who played football and baseball at Mesquite Poteet, Jim Jackson returns to the state for the first time in his coaching career, taking over as the Owls’ tight ends coach in 2021after two seasons coaching the offensive line at Massachusetts.

Jackson assumed leadership of an offensive line in 2019 which replaced starters at four of five spots from the year prior. Following the overarching changes to the unit, and injuries suffered during the year, the Minutemen still cut down on their sacks allowed by 69.2 percent. Jackson arrived in Amherst following a successful five-year stint at the University of San Diego, where he held roles as the offensive line coach and the co-offensive coordinator.