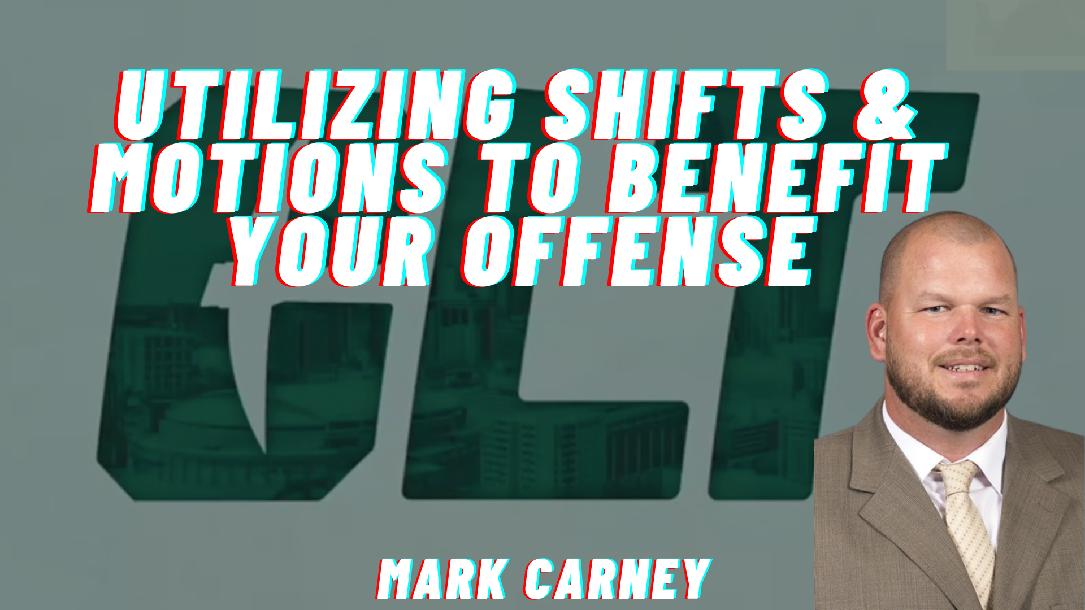 In this course, Coach Mark Carney talks about the utilization of shifts and motions and how they benefit the team's offense. The coach breaks down and demonstrates a variety of motions and shifts using WRs, TEs, and RBs.

Simply click the ‘Book This Course’ button at the top right of this page, place your order, and you’ll immediately be logged into the training with full access. Learn how Coach  Carney uses shifts and motions to help his offense!

Mark Carney, who was the quarterback's coach during Healy’s playing career at Richmond, was hired as the 49er's Quarterbacks Coach in 2019. At the end of the 49er's historic 2019 season, Carney was promoted to Offensive Coordinator. In his first season with the 49ers, Charlotte set school records for wins (7), C-USA wins (5) and winning streak (5 games), while earning a bid to the 49er's first-ever bowl game: the Makers Wanted Bahamas Bowl. Carney had been the Offensive Coordinator at Virginia State University for four years, prior to joining the 49ers. In 2017, the Trojans went 10-1 and won the CIAA Championship with a perfect 7-0 league mark.

Utilizing Tight Bunch Formations to maximize your Run and Passing Game in the Air Raid Offense by Jason McManus
Views: 6508
$24.99

You just booked "Utilizing Shifts & Motions to Benefit Your Offense"