Utilizing the Fullback and TE in the NDSU Offense. 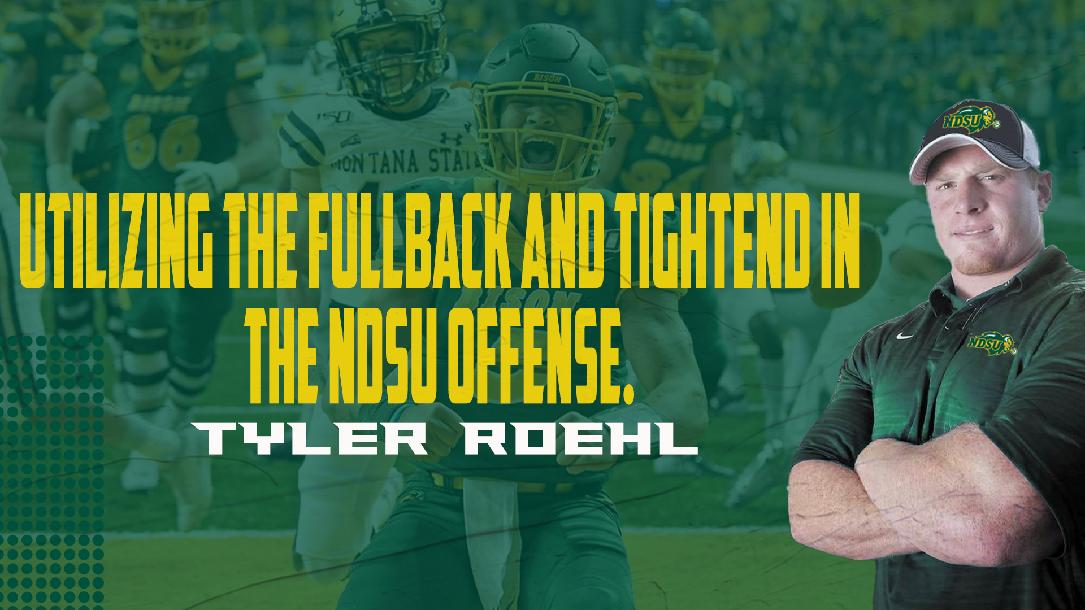 Coah Tyler Roehl teaches how he uses the FB and TE in the NDSU offense. Roehl will go over;

Coach Roehl takes you step by step in order to efficiently execute the Power Read and Play Action.

Tyler Roehl was an All- American running back at North Dakota State from 2004 to 2008.  Roehl Returned to his alma mater as the tigh ends and fullbacks coach in 2014. He was then promoted to offensive coordinator in 2019. In Coach Roehl's first year as offesive coordinator NDSU were one of the most explosive offeensive teams in the nation.  The Bison scored 38 of their 80 total touchdowns on plays of 20 or more yards including 15 touchdowns of 50-plus yards.

Roehl has coached All-America fullbacks Connor Wentz and Andrew Bonnet, who went on to the NFL as an undrafted free agent, and he has trained four other all-conference performers in fullback Brock Robbins and tight ends Ben Ellefson, Jeff Illies and Lucas Albers.

Great course on base fundamentals of a couple overlooked positions.

You just booked "Utilizing the Fullback and TE in the NDSU Offense. "