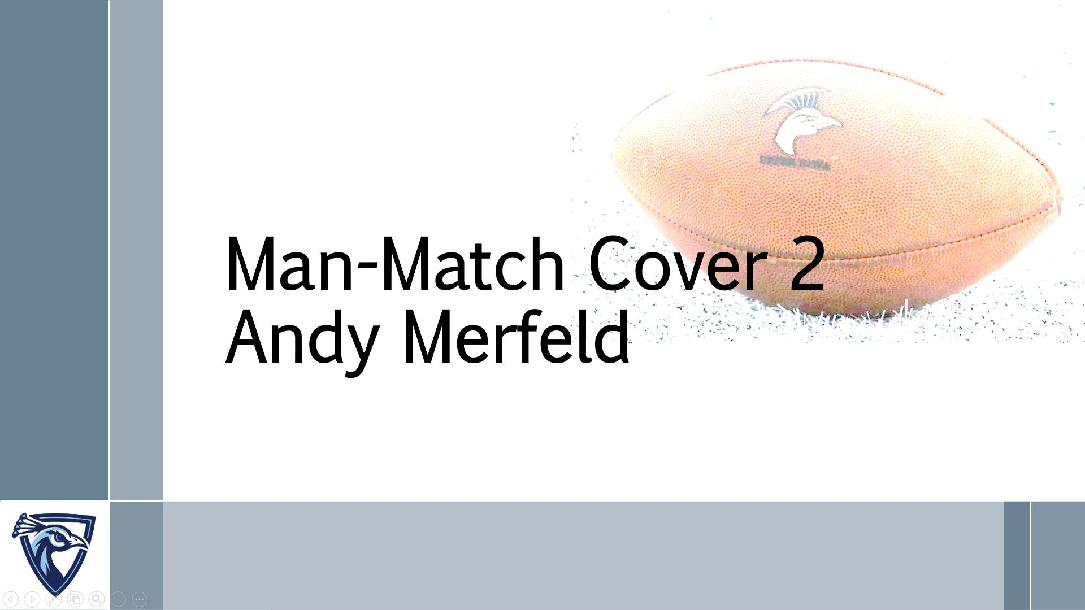 Playing good pass defense is difficult. That’s why you’re reading the description for this course, and that’s what this coverage is designed to address. Playing Wall Cover 2 gives your pass defense three distinct advantages: it allows you to take pressure off your corners, it allows for tight coverage without playing man-to-man, and it is the best way to defend the middle of the field from a two-high coverage structure.

This is the second of three presentations where Coach Merfeld installs Wall Cover 2. This coverage is part of the Cover 2 Man (Saban verbiage Cover 5 Cougar) and man-match quarters (Saban Cover 7 Clip/Cut) worlds. It is a tremendous third-down concept to take pressure off of your defensive backs while still playing tight coverage on all routes.

In the first presentation, Coach Merfeld does an in-depth installation for each position and focused on 2x2 formations. In this presentation, he covers the specifics of defending 3x1 and empty formations (both the strong and weak sides of the formation). He provides thoughts on game-planning for different situations and formations. In the third presentation, he discusses other tools to help make this coverage even more effective: motion adjustments, a coordinated disguise package, and QB scramble control. You can purchase all three courses with the Wall Cover 2 Bundle.

These presentations include everything you need to install this coverage!

Defending the 3-WR side

Defending the 3-WR side: Bunch

Andy Merfeld has experience coaching at the small-college and high school levels and specializes in coverages, defensive back play, situational defense, and the punt block-return unit. His CoachTube courses are designed to focus narrowly on very specific topics. This narrow focus allows coaches to effectively implement the strategies and processes Coach Merfeld discusses.

·         Benedictine College (CBs). In 2019 the Ravens led all NAIA and NCAA schools with ten blocked punts, and also led the NAIA in punt return yards at the end of the regular season.

·         Upper Iowa (DBs). In 2017 the Peacocks finished second nationally in punt return touchdowns and fifth in punt blocks. They also finished 10th in the country in pass defense.

·         Edgewood High School (DC, strength and conditioning). In 2011 the Crusaders set the school record for wins and advanced to the WIAA state semifinals for the first time.

Outstanding course. Coach does an excellent job of breaking down the intricacies of these concepts. Can't wait to add to our package and install next season.. Must have addition to your coaching vault