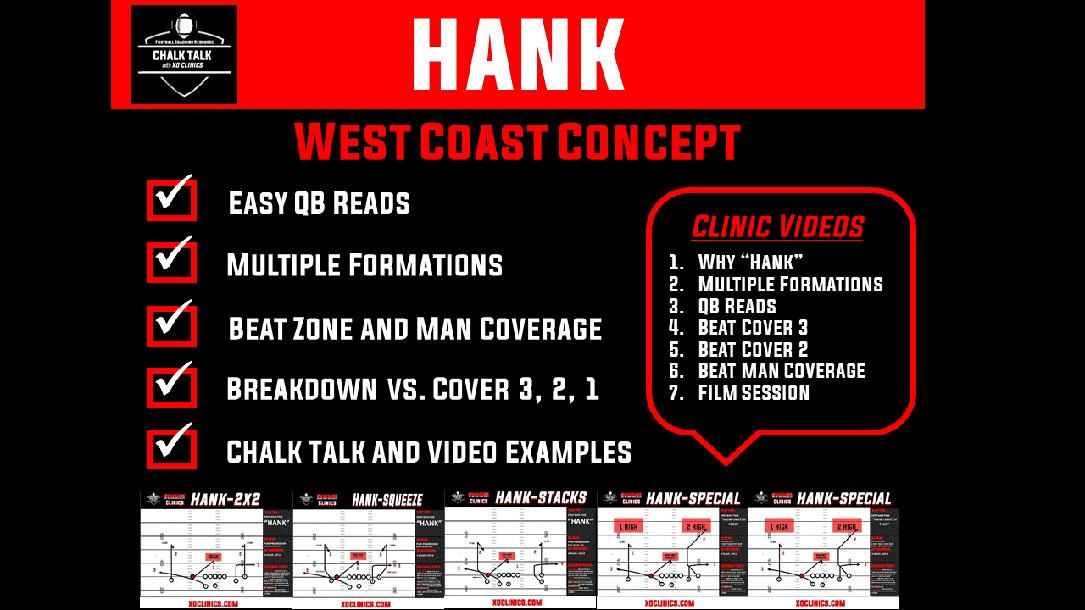 The "Hank" concept is a time-tested concept that has been in all levels of football for a very long time.

This course will provide you with an EASY TO INSTALL concept for whatever level you coach at.