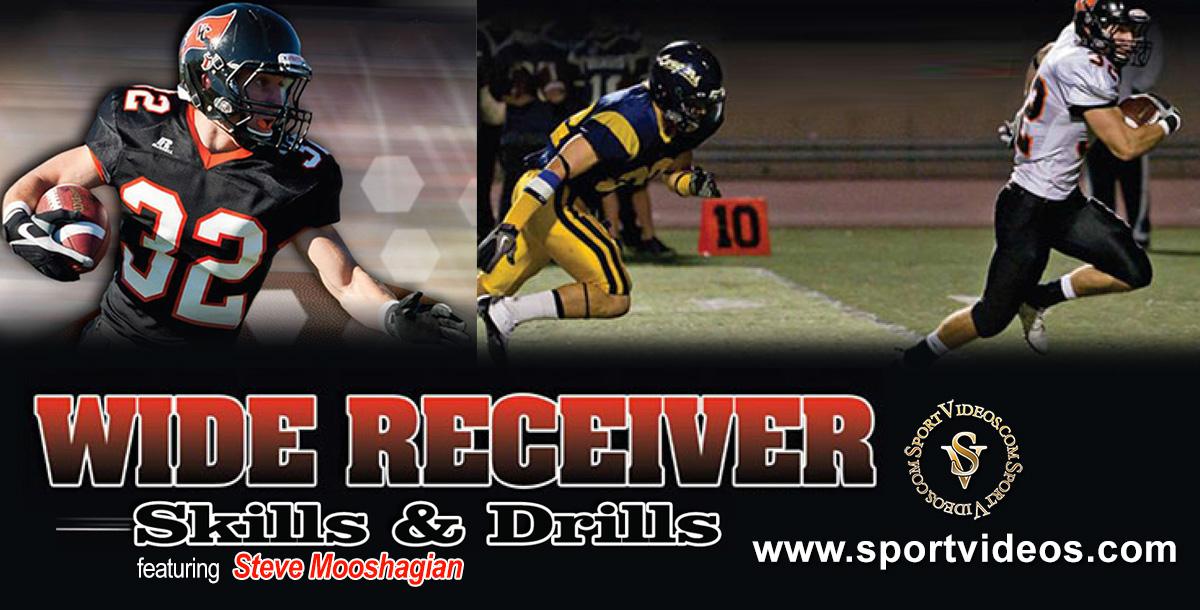 Learn the the techniques and strategies employed by those playing the wide receiver position at the highest level. In this comprehensive program, Coach Steve Mooshagian provides several tips, techniques and drills to give coaches and players the tools they need to be successful. Among the topics covered are: stances and starts, escape moves, numerous drills, routes and conversions, and screens. Each area of the game is taught in a very detailed and easy-to-understand manner. This video is a great resource for coaches and players at any level of competition.

Steve Mooshagian was hired in June 2010 as the Head Football Coach of the Ventura College in Ventura, California. He has turned VC into one of the most respected programs in the country. Steve has coached at the high school, junior college, college and professional levels. He also spent four years as the wide receiver coach for the Cincinnati Bengals coaching All-Pro's Chad Ochocinco (Johnson) and TJ Houshmandzadeh. Steve Mooshagian is well respected by his peers as one of the top wide receiver coaches in the profession. He received Conference Coach of the Year honors in 2012, 2014, 2016 and 2017.

The Fundamentals of Coaching Receivers by Urban Meyer
Views: 12661
(9) FREE