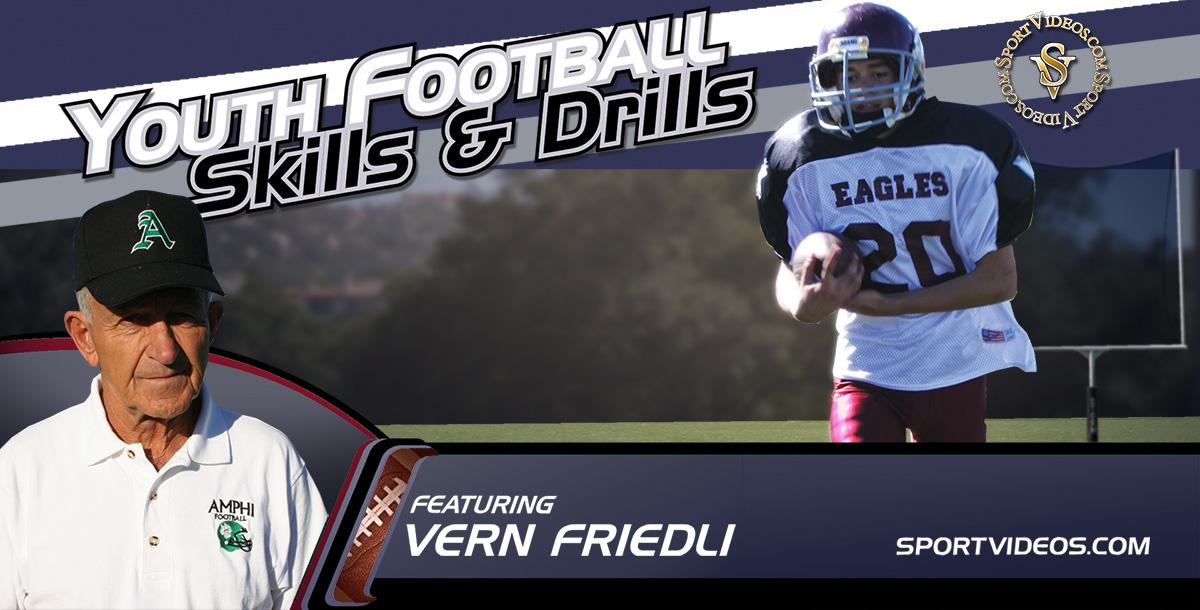 Coach Vern Friedli presents a comprehensive program designed to benefit anyone involved in youth football. The video is designed to develop the essential fundamentals that young players need to be successful. Among the topics covered are: stances, important techniques required to play various positions, pass patterns, blocking, tackling, and numerous drills at every position. Don't miss this opportunity to learn the game from one of the best football coaches in Arizona history.

Vern Friedli was a high school football coach for over 40 years. He is one of the few coaches in the United States who has won over 300 games in his career. At the time of his retirement (2011-12), Coach Friedli had 331 wins (now 2nd place all time in Arizona). He led Amphitheater High School (Tucson, Arizona) to the postseason 28 times, and won one state title in 1979 and four State Finals. Several of his players have played football at the college and professional levels. Coach Friedli was inducted into the National High School Athletic Coaches Association Hall of Fame in 2008.