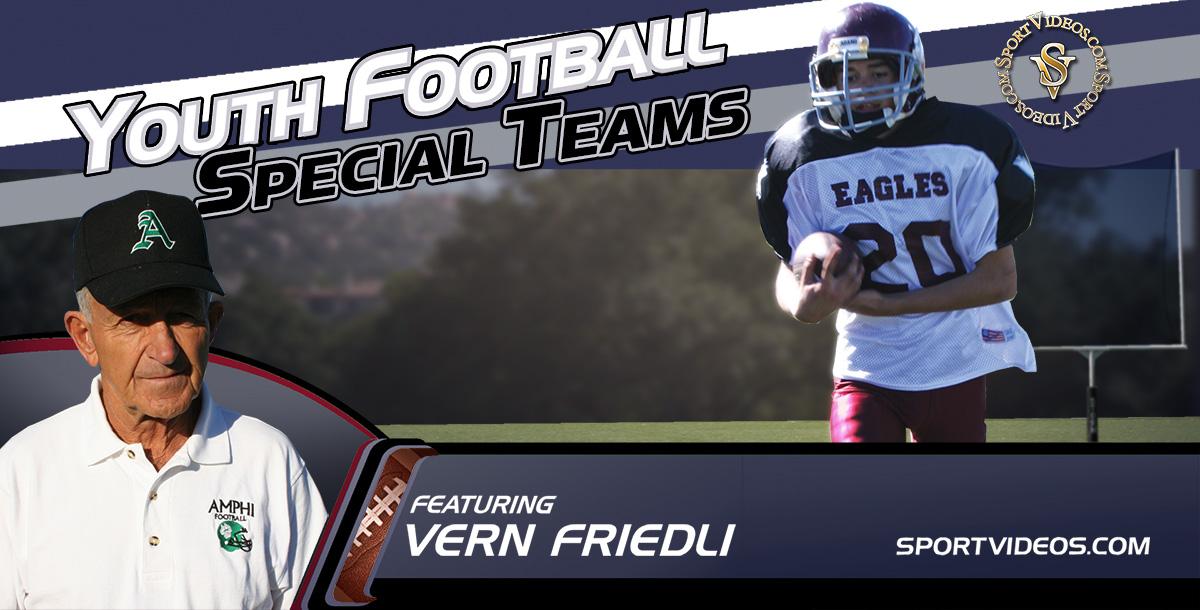 Vern Friedli was a high school football coach for over 40 years. He is one of the few coaches in the United States who has won over 300 games in his career. At the time of his retirement (2011-12), Coach Friedli had 331 wins (now 2nd place all time in Arizona). He led Amphitheater High School (Tucson, Arizona) to the postseason 28 times, and won one state title in 1979 and four State Finals. Several of his players have played football at the college and professional levels. Coach Friedli was inducted into the National High School Athletic Coaches Association Hall of Fame in 2008.

NEW!
Organization and Game-Planning on the Punt Block Team by Andy Merfeld
Views: 181
(1) $20

Drills and Returns in Special Teams by Utah Clinic
Views: 1183
$10