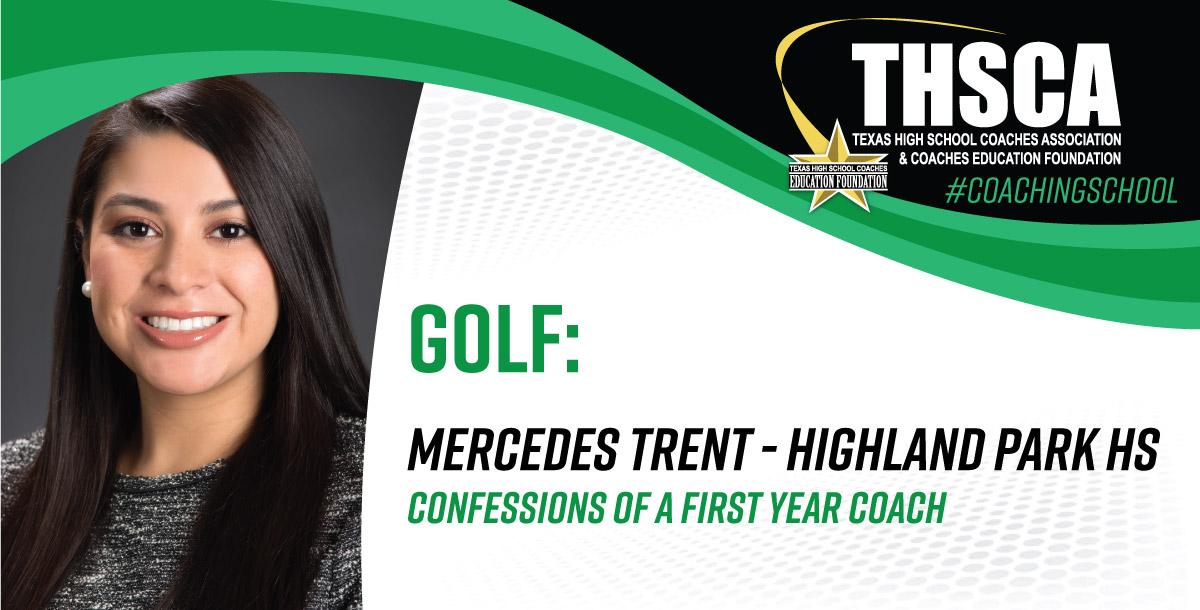 Mercedes Trent has been a golfer from the age of 10 years old and her love for the game is what led her to coaching. She played at Colleyville Heritage High school where she won the 2010 5A individual state championship. Once she graduated she went on the play college golf at Dallas Baptist University. While at DBU, Mercedes won 9 tournaments and was named an All-American. This past year was Mercedes first year as a head coach. She coached the boys and girls golf programs at Hebron High School. While there she led the girls team to a 6A State Championship. Mercedes now will be the girls coach at Highland Park High School starting in August 2021.

In her free time she enjoys to read and travel. She married her husband, Carter Trent in 2013. They have no kids but they do have a 1 year old golden retriever named Marshall.