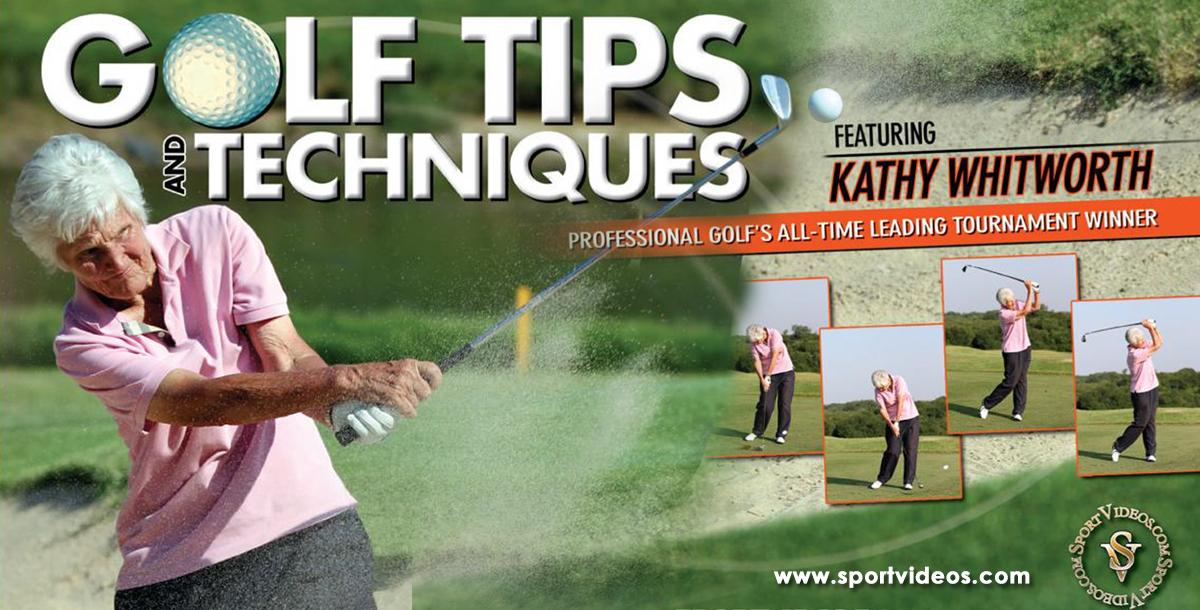 Dramatically improve your game with the help of professional golf's all-time leading tournament winner, Kathy Whitworth. In this comprehensive DVD, Kathy offers numerous tips and techniques to help you become a better golfer. Among the topics covered are: Square Club Face, How to Aim, Ball Positioning, The Takeaway, The Weight Shift, Position of the Arms, Clipping the Grass, Holding Your Finish, Pre-Shot Routine, Pitching, Chipping, Sand Trap Play, Long Putts and Short Putts. Kathy Whitworth's Tips and Techniques will benefit golfers of all skill levels.

With 88 career wins, Kathy Whitworth holds the all-time record for both men's and women's U.S. Golf Tours. She also finished in second place in 95 tournaments. Kathy's professional golfing career spanned 32 years, from 1959 to 1991. She is the first woman to earn a million dollars in LPGA tournament play. Kathy Whitworth is a seven-time LPGA Player of the Year and has won six Major Championships. She was the Associated Press Athlete of the Year in 1965 and 1967 and was inducted into the LPGA's Hall of Fame in 1975.

Secrets of Golf How to Break 90 featuring AJ Bonar by sportvideos
Views: 2432
$25