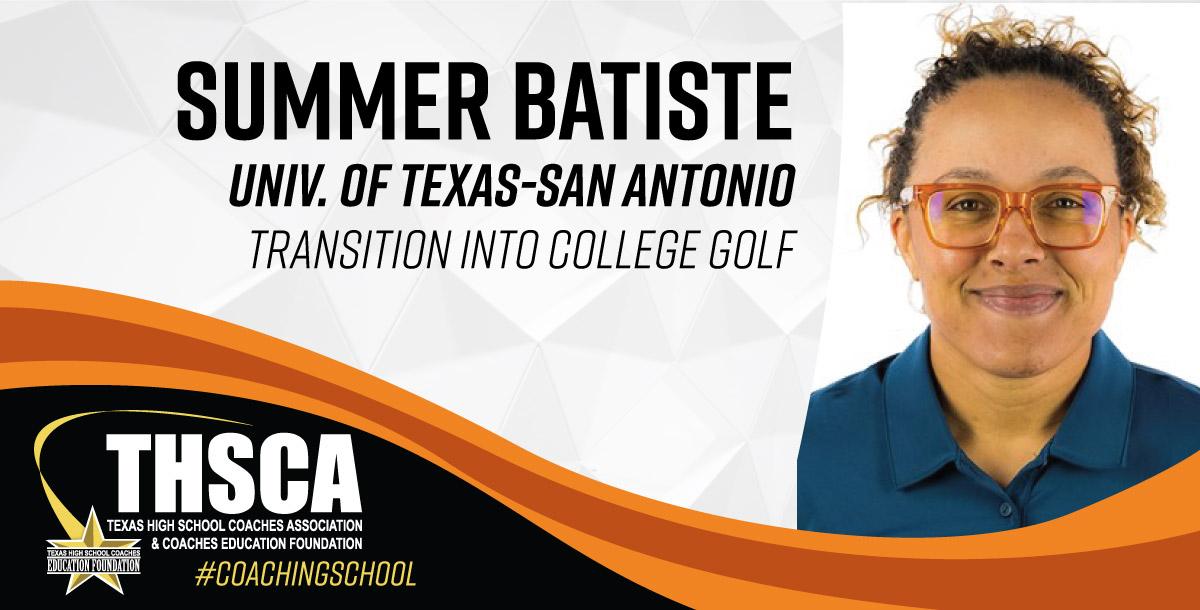 A former standout player for the UTSA women’s golf program, Summer Batiste recently completed her fifth season as head coach after serving the previous three years as an assistant coach.

In a half-decade at the helm, Batiste has led the Roadrunners to seven tournament titles, including a pair of Conference USA championships and four straight NCAA Regionals. A two-time C-USA Coach of the Year, she has overseen two individual league champions and 10 all-conference performers, and she recently guided Camryn Carreon to the NCAA Championships as an individual, the first Roadrunner to advance that far in the NCAA postseason.

Prior to her time as an an assistant coach, Batiste was an assistant golf professional at San Antonio Country Club.

Batiste was a four-year letterwinner from 2007-12 and served as team captain her final two seasons. She earned second-team All-Southland Conference honors in both 2010 and 2011. She shared individual medalist honors with teammate Taylor Newlin at the 2012 Islander Classic after shooting a 75-74-71—220 and she posted four additional top-five finishes during her career. Batiste was a three-time winner of the UTSA Weight Room Warrior Award and her career scoring average of 77.64 ranks fourth on UTSA's all-time list.

A native of Spring, Texas, Batiste was a four-year letterwinner at Klein Collins High School, where she was a three-time medalist and the district runner-up and an eighth-place finisher at regionals as a senior.

Batiste, the daughter of former Texas A&M and Miami Dolphins football player Dana Batiste, earned her bachelor's degree in psychology from UTSA in May 2012.