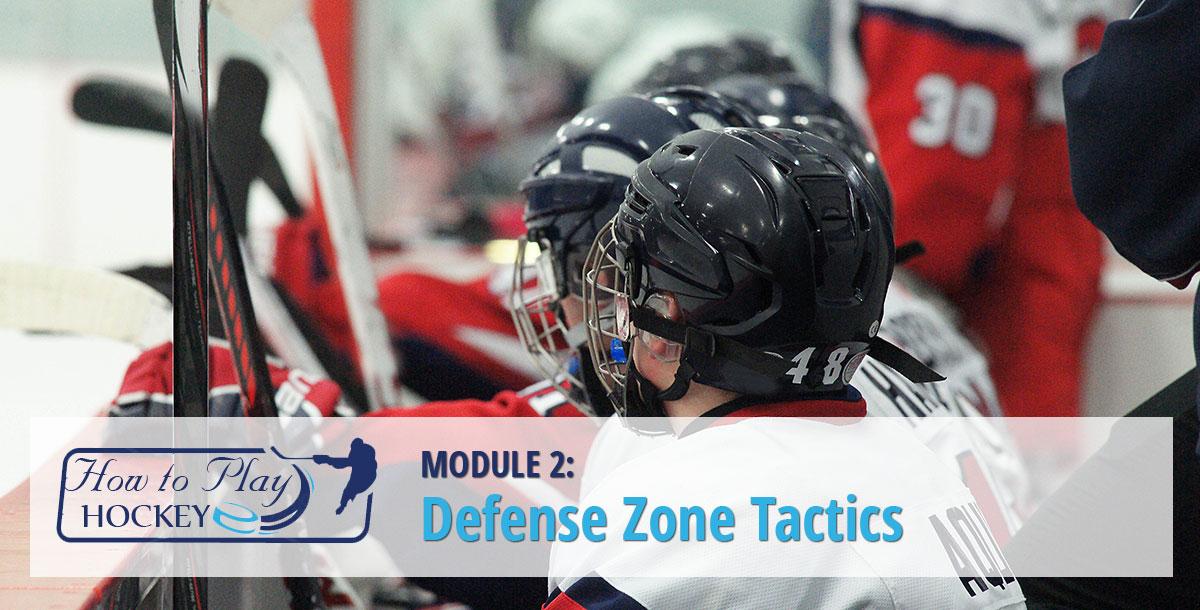 Module 2: Defensive Zone.
This module starts with defensive zone fundamentals.  We explore the zone without the puck, and then with puck possession.  The breakout section is quite extensive, and gets a lot of traffic.  Defensive zone tactics can have subtle variations at higher levels but all systems have common principles.  We’ll stick to the key concepts, but explore them in detail in some of the videos.  This is the module most members spend the most time studying, and revisiting often.  We encourage you to take your time here.

Defensive Pressure
The other team is so good, so how can we stop them from scoring? This module addresses key principles of defensive zone coverage that can be used on novice teams, and NHL teams alike. Not much changes as the level gets higher, the allowable margin of error just shrinks to zero. When you are done here you'll have a more complete understanding of team goals in your own zone.

Defensive Coverage
Understanding these concepts gives us a better idea of how to dictate the play while on defense. Our body position, stick placement, speed and angle of pursuit all affect the offensive players decision making.

Breakouts
We finally got the puck, now how do we get out of our zone? In this module we look at the key principles of getting out of your zone together, which always varies depending on the pressure you are getting from the opposing team. There are a few universally accepted breakouts that have withstood the test of time. We think teaching those concepts is a great place to start in this course.

Complete Course Goals
The goal of this course is to create a progression in learning from A to Z, from Module 1 to 5, but feel free to pick and choose the modules you need the most. Learning the international language of hockey is paramount in expanding your overall game understanding. If you do skip ahead, and hear terms in later modules that you do not understand, we recommend starting back at Module 1 and working your way through the entire set of modules.  We built the curriculum step by step, teaching first the terminology, then explore every zone of the ice, from defensive, to neutral, and on to offensive zone without, then with the puck.  Our final module teaches powerplay and penalty killing systems.  Get started now!