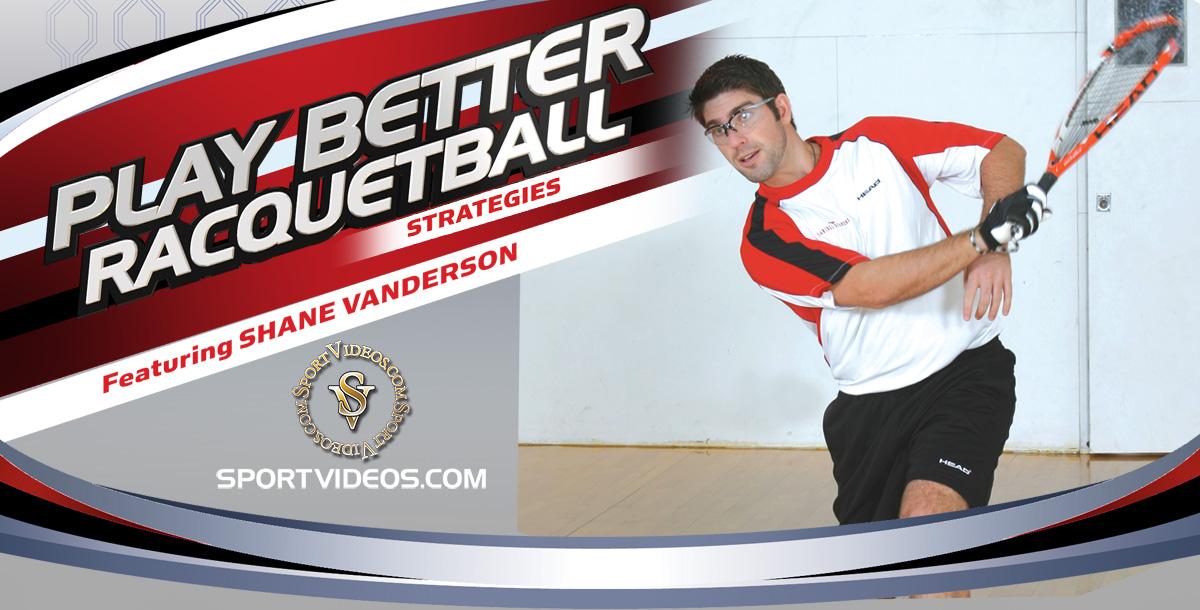 Devising and using specific tactics against an opponent is often the key to winning, especially against an evenly matched opponent. Great players look to emphasize their strengths and exploit their opponents weaknesses. In this informative program, top professional player Shane Vanderson reviews sound, tournament-tested strategic playing principles that will help you get an edge on the competition. You will learn how to plan your shot selection and put yourself in the best possible position to win every point. Among the topics covered are: shot selection, court positioning, serving and returning strategies, doubles strategies and strategies for advanced players. Whether you are a competitive tournament player or a recreational player, this video will help you take your game to the next level!

Shane Vanderson is a retired professional racquetball player. He finished in the International Racquetball Tour's (IRT) top 10 for ten consecutive seasons. Shane was widely regarded as having one of the best backhands in racquetball history. Vanderson made it to the semi-finals in three consecutive US Open tournaments in 2006, 2007 and 2008. He was on Team USA five times, highlighted by winning the World Championship in Men's Doubles with Mike Dennison in 2004. Vanderson was also part of the American men's team that won gold that year at the World Championships.

View all courses in "Racquetball"