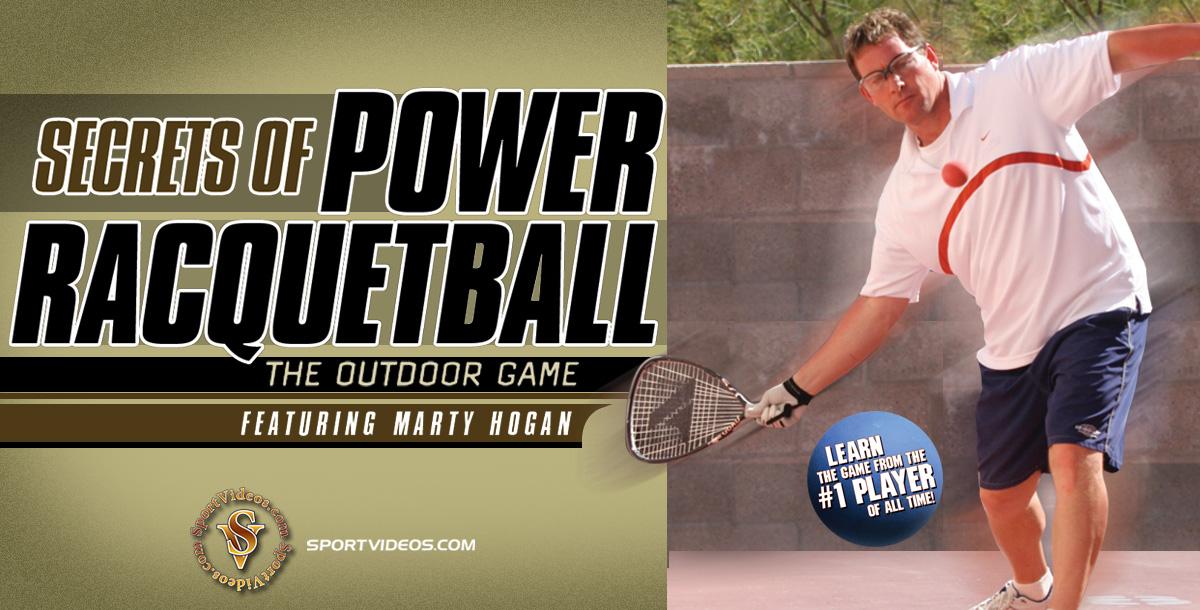 Outdoor racquetball is exploding in popularity! It is a fun and exciting sport with several unique differences from the indoor game. In this comprehensive program, the legendary Marty Hogan demonstrates and explains what it takes to excel at the outdoor game. Among the topics covered are: outdoor courts, preparing to play, the serve, return of serve, defensive shots, forehand, backhand, strategy, doubles, and playing tips and tricks. The Special Features section includes footage from the Battle of the Beach Racquetball Tournament, courtesy of Royster Productions. This video will help you learn the correct principles of playing outdoor racquetball and dramatically improve your game.

Marty Hogan has an unparalleled, forty year career winning professional racquetball tournaments both indoors and outdoors. He has won more pro titles than any other player in history with over one hundred and fifty combined pro tournament victories. Marty won six United States National Championships during his dominating 14-year professional career. He was ranked either number one or two in the world from 1976 to 1990. Hogan is credited with revolutionizing the game of racquetball with a serve that drove the ball as fast as 142 miles an hour. National Racquetball Magazine ranks him as the number one player of all time. Marty Hogan was inducted into the USA Racquetball of Fame in 1997 and was inducted into the World Outdoor Racquetball Hall of Fame in 2016.

View all courses in "Racquetball"