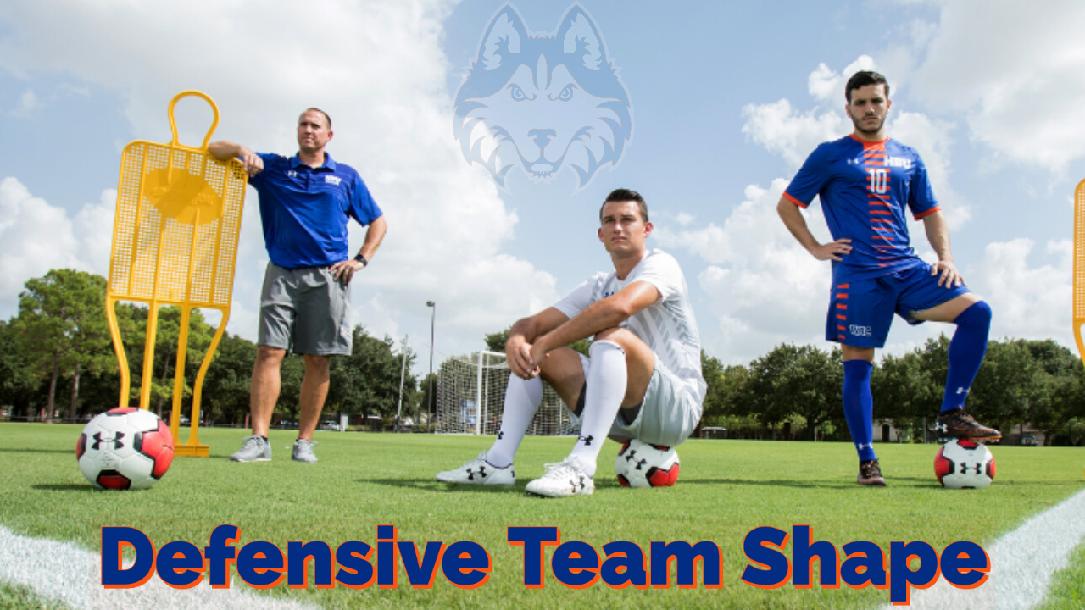 Teams should have 2 basic shapes, an attacking one and a defensive one; wide and long on offense, short and tight on defense. The differences between each should be significant in terms of spacing between players. A problem that occurs is defensive team shape is not short and tight enough and it allows opponents too much time on the ball. Coach Ryan Pratt will take you through how his team at Houston Baptist University effectively space out and shift in their defensive team shape.

Ryan Pratt enters his first season as the head coach of the HBU men’s soccer team after three seasons with the Huskies as an assistant coach.

Prior to his time at JU, Pratt spent two years as an assistant coach at Virginia Commonwealth University (VCU) in Richmond, Va., from 2010-12. During his time, the Rams had back-to-back winning seasons for the first time since 2003-04. He also coached three NSCAA All-Region players and 10 All-Colonial Athletic Association members.

Pratt spent nine seasons as the head men’s soccer coach at the University of Montevallo in Montevallo, Ala. He had an overall record of 99-61-12 and a 43-17-2 conference mark. He set the program record with 18 wins in 2007 and had a perfect conference record (6-0) in 2008. The Falcons went to the NCAA Division II National Tournament four times and were national semifinalists in 2007. Pratt is the school record holder for all-time wins and all-time winning percentage.