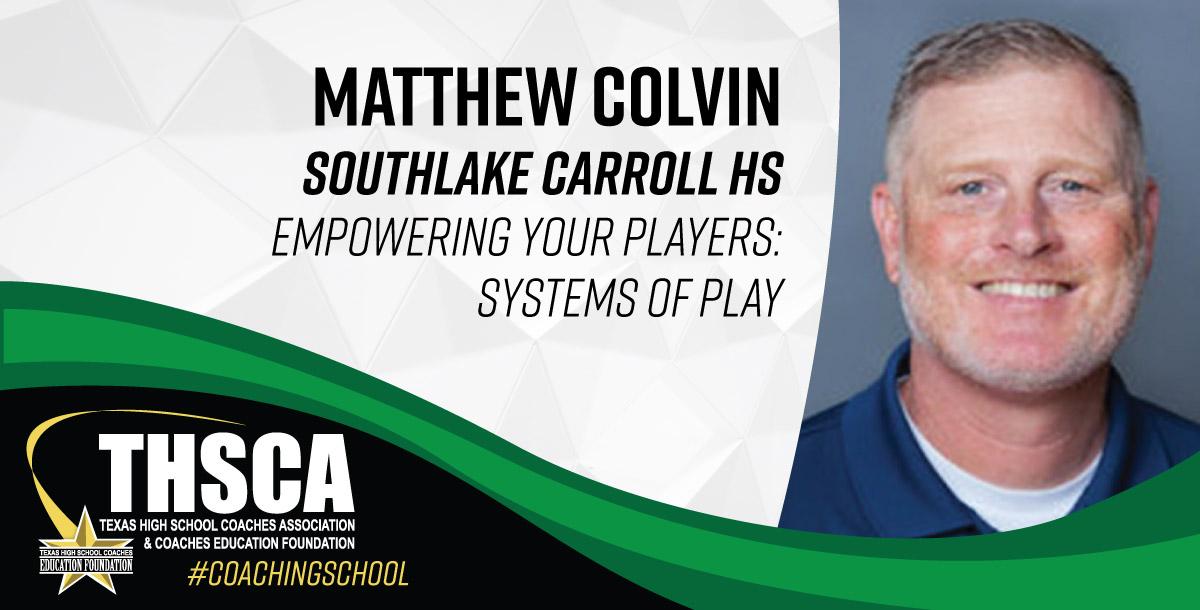 In 2001, Matt Colvin became the Head Girls’ Soccer Coach at Southlake Carroll after being an assistant at Lewisville High School for one year. In his first year, Carroll went to the 4A State Semi-Finals in Georgetown. Since 2001, Carroll has earned a playoff spot reaching the 5A State Quarterfinals in 2002, 2005, 2006, 2014, 2015, 2017, 2019 and 2022. Carroll reached the 5A State Finals in 2008, 2013. Carroll won the 5A State Championships in 2008 and won the 6A State Championship in 2019 and 2022.   Coach Colvin has a career record of over 400 wins.  In his tenure, he has never had a losing season and his teams have won at over an 80% clip, including 13 District Titles. Under his leadership at Southlake Carroll, he has helped 65 players garner scholarships to 50 different universities.  In 2019, he was voted 2019 ALL-USA Soccer High School Coach of the Year.   Growing up in San Antonio, he played four years at James Madison High School. Coach Colvin played select soccer for a city travel team, which won three South Texas State Cups and the gold medal in the AAU Junior Olympics. Through his experience as a player, he competed against teams from England, Peru, Mexico, Germany, Russia, Scotland, and Canada. Coach Colvin earned an athletic scholarship to The University of Central Oklahoma and finished his degree at UNT.