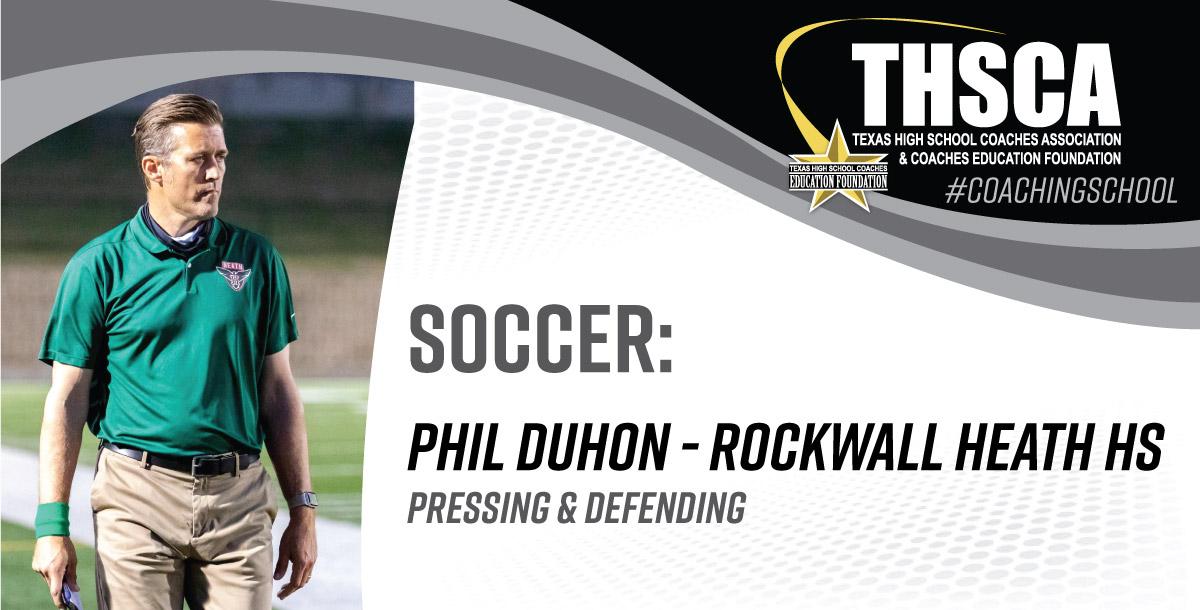 Phil Duhon is the head boys soccer coach at Rockwall-Heath High School, which he led to the State Championship Game in 2021, losing 0:2 to San Antonio LEE. The Hawks allowed a total of 3 goals during their 7-game playoff run. He was named the TASCO Region 2-6A Boys Coach of the Year as well as the Dallas Morning News All-Area Coach of the Year in 2021. He has been the head coach at Heath for the past 3 years, guiding them to the playoffs in each season. Prior to that, he was the head coach at Austin Westwood for 5 years, leading them to the playoffs in 2 of those 5 years, and he was named the Austin American-Statesman Boys Soccer Coach of the Year in 2014. Coach Duhon was a member of the LSU Track & Field team during his collegiate years. He has been married to Danielle for 24 years this October, and they have 3 daughters and a son and live happily in Heath, Texas.