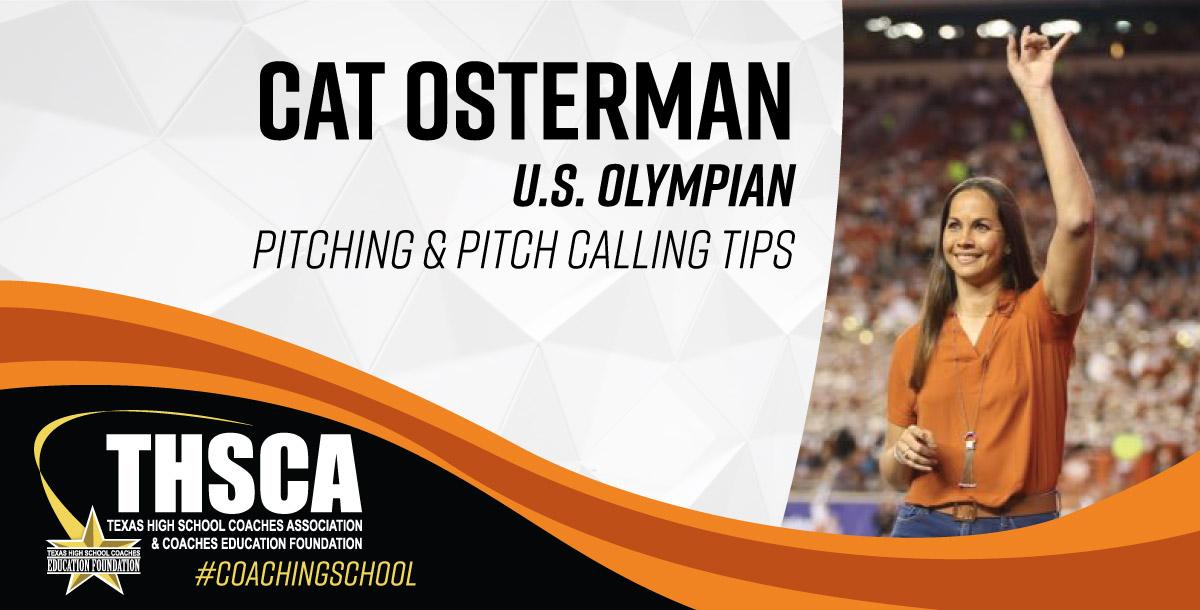 Cat Osterman, a former three-time National Player of the Year, four-time All-American, and two-time Olympic medalist. She coached also served as assistant coach for the Texas State Bobcats in San Marcos, Texas, from 2015-20, after three seasons in a similar role for the St. Edwards Hilltoppers in Austin, Texas.

A native of Houston, Texas, Osterman helped to lead the University of Texas to three Women’s College World Series appearances in 2003, 2005 and 2006. She also became the only softball individual to win USA Softball’s National Player of the Year honors three times after earning the honor each of those seasons.

During her redshirt season of 2004, Osterman trained with the USA National Team as the only collegian and youngest member of the Olympic team that earned a gold medal in Athens. A three-time selection as Big 12 Conference Female Athlete of the Year (2003, 2005 and 2006), she still holds UT career records in victories (136), ERA (0.51), shutouts (85) and no-hitters (20), and she holds the NCAA record for career strikeout ratio per seven innings (14.35). She finished her UT career with a 136-25 overall record and is second all-time in NCAA Division I career strikeouts with 2,265. Osterman was a recipient of the NCAA Today’s Top VIII Award in 2006, an honor presented to the top eight senior student-athletes in the country.

Osterman completed her eighth and final season in the National Pro Fastpitch (NPF) League in 2015. She played for the Rockford Thunder in 2007 and 2009 and the USSSA Pride for six seasons. Osterman led the Thunder to the league championship in 2009, earning MVP of the championship series. The very next season, she led the Pride to the 2010 championship. The team split the championship in 2012 but captured the title once again in 2013 and 2014.

Osterman was named to the All-NPF team six times and was named Diamond NPF Co-Pitcher of the Year in 2011 and NPF Pitcher of the Year in 2013 and 2014. In the final season of her professional career, Osterman went 15-4 for the Pride, the NPF’s regular season champions, with a 1.21 ERA and 183 strikeouts in 121.2 innings of work. In eight seasons in the NPF, Osterman captured four league titles.

Osterman graduated from the University of Texas with a bachelor’s degree in Psychology in 2007 and the University of Missouri with a master’s degree in educational and counseling psychology with a concentration in positive coaching in 2015. Osterman and her husband, Joey Ashley, along with his daughter, Bracken, reside in San Antonio.

NEW!
A Holistic Approach To Developing Pitchers Throughout the Year by National Fastpitch Coaches Association
Views: 120
$14.99