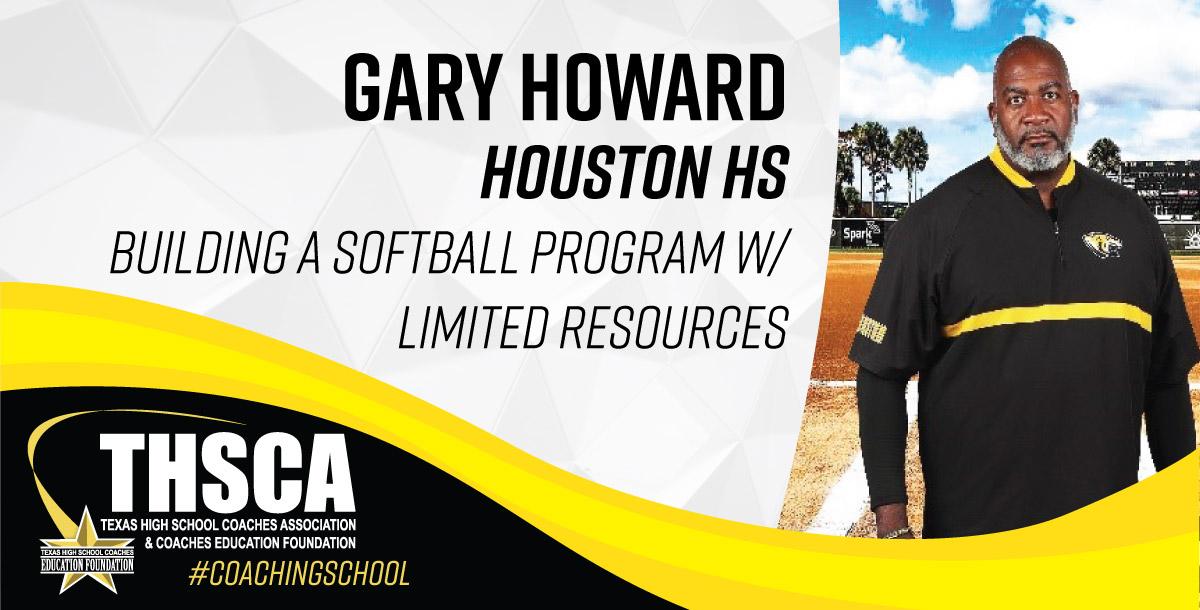 Lecture Title: Building a Softball Program from the Ground Up w/ Limited Resources

Lecture Title: Building a Softball Program from the Ground Up w/ Limited Resources

Coach Gary Howard was born and raised in Kansas City, MO.  He is a disabled veteran of the US Army, where he served in the Desert Storm War.  He began his coaching career as a volunteer baseball coach with the YMCA. He coached his youngest son in baseball and soccer for 3 years.  He enjoyed coaching so much that he decided to leave corporate America and become a coach full-time.  He served five years as a middle school football and soccer coach, 3 of them as the Head Football Coach and Athletic Coordinator at Jane Long Academy in Houston ISD.  During his time at Jane Long Academy, he successfully revamped and developed the athletic program, which had been defunct for over 10 years. Coach Howard made the transition to high school in 2016 at Scarborough High School as a O-Line coach.  Shortly after arriving on campus, he was promoted to Athletic Coordinator and Head Coach for Football, he also served as the Special Education Department Chair.  He held both positions for 4 years, during which time was able to improve on the record of the football team, create a Tennis program, and develop the softball program, winning 3 district championships in the process.   He is currently the Defensive Coordinator and Head Softball Coach at Sam Houston MSTC in Houston ISD.  He is entering his 12th year of public-school coaching, 15th year overall.  Though he is proud of his accomplishments so far as a coach, his most important starring role is husband, and as a father to his three incredible children.   Coach Howard says, he is looking forward and is very excited about the future of his career.

From Weapons to Tools: A Modern Approach to Student-Athlete Surveys with Matt Davidson P.h.D., and Jessica Allister by National Fastpitch Coaches Association
Views: 2271
$5