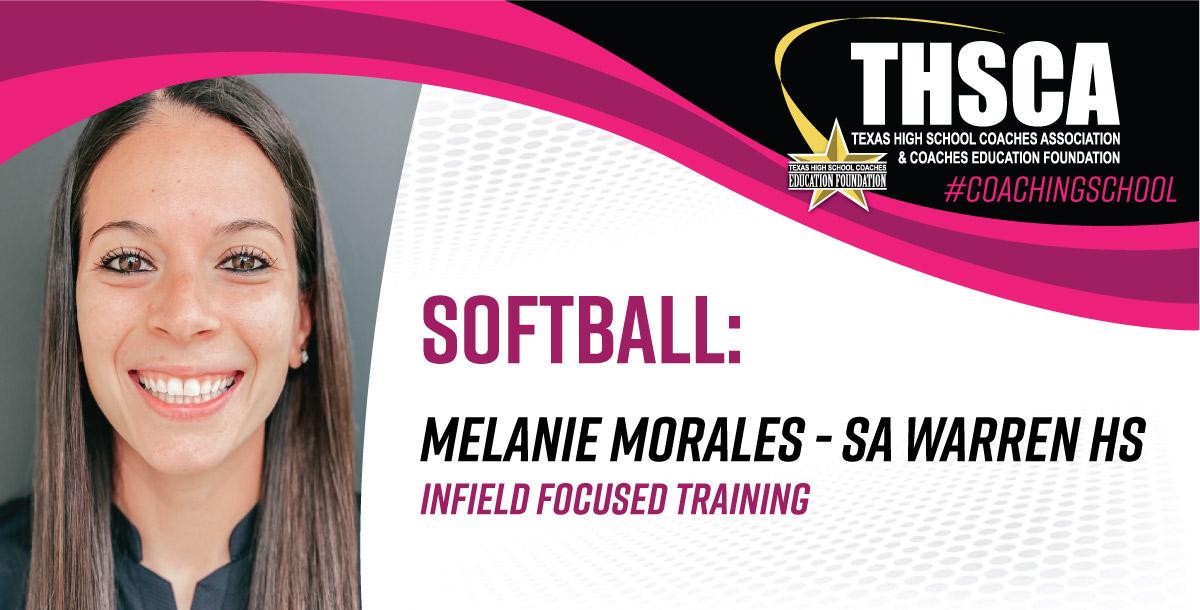 Born and raised in San Antonio, Texas. Morales had a passion for athletics at an early age. Morales grew up playing softball from age 7-23. Her one goal early on was to become a college softball player. Morales received a scholarship to the University of the Incarnate Word where she received a bachelor’s degree in Kinesiology with a concentration in personal training. She received a Master’s in Kinesiology. Morales played 3rd, shortstop, and 2nd base through her collegiate years and was a 4 year starter. She earned all-conference honors all 4 years. In 2010 Morales earned the Heartland All-tournament team at shortstop. 2011 She was named Lone Star Conference South Hitter of the Week and received 2nd team All-conference. In 2012 and 2013, Morales earned Honorable Mention All-Lone Star Conference. 2013 Morales became the Grad Assistant Softball Coach at the University of the Incarnate Word. In 2014-2016 Morales became the Freshman Volleyball/ Assistant Softball in John Marshall High school in San Antonio Texas. In 2016 Morales became the Head Softball Coach at Earl Warren High School in San Antonio, Texas and is currently the Head Coach. In 2018 Morales became the San Antonio Express News Coach of the Year where she led the Warriors to their first ever playoff win/run to the Regionals Finals. In 2019 she led the Warriors to their first ever district title. In 2021 she led the Warriors to the best start in school history and another district title.