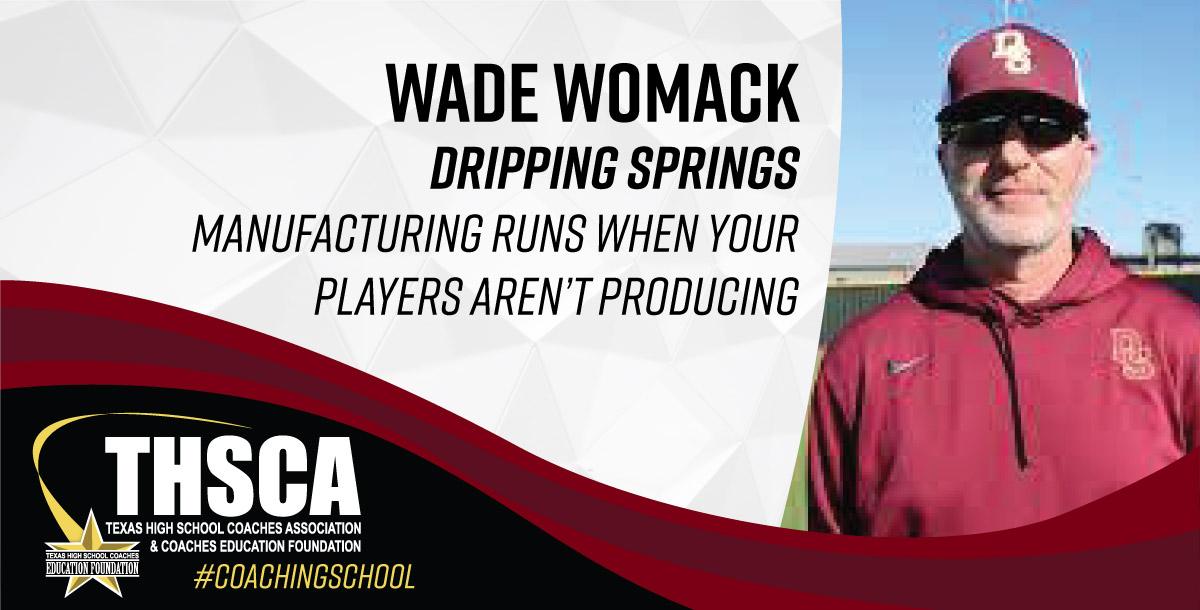 Coach Wade Womack just completed his 19th season as a head softball coach and 9th season at Dripping Springs HS.  Coach Womack's teams have posted an overall record of 509 wins, 168 losses and 1 tie while also coaching at Brenham and Medina Valley. He has guided two teams to the State Tournament at Medina Valley and won the State Championship in 2007.  In 2017, he guided Drippings Springs to a State-Semifinalist appearance as well.

Coach Womack holds a bachelor’s degree in History from the University of Texas at Dallas and a master’s degree in Educational Administration from Lamar University, and he currently teaches Sociology and Psychology at Dripping Springs HS.   He has been married to Coach Brenda Womack for 24 years and his oldest son, Hunter, is currently teaching English in South Korea and his daughter, Kyndall, is a senior at Texas Lutheran University.