Become a BEAST at Linebacker with Nolan Smith 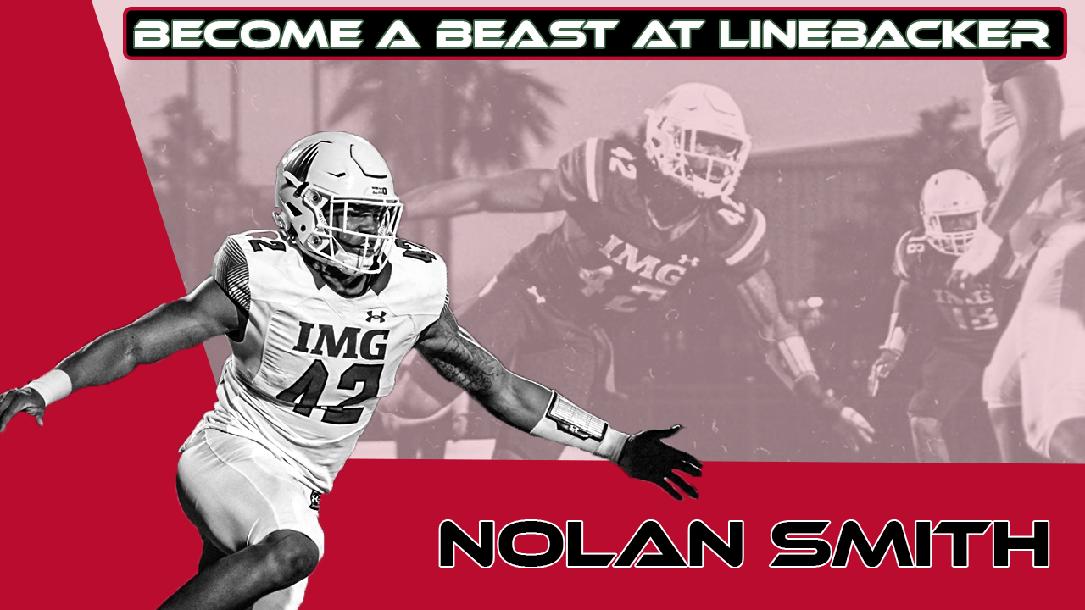 Do you struggle to break the line to make sacks? Are opposition linebackers beating you with faster hands and movement? Then you need to check out my course.

No matter what your size is, some techniques and concepts can be adopted to make you a FORCE in the game. In this course I will walk you through:

There is no better opportunity to learn how to exactly prepare yourself to dominate in a game. You need to check out my course today!

Introduction
1 Welcome to my Course 0:12
Elite Hands
2 Strengthen your Hands Whilst Sharpening your Feet 0:28 3 Violent Strikes on the Sled with Correct Stance Setup for Maximum Stability 1:39
Making Big Plays
4 YOU Decide on the Line of Scrimmage with these Techniques 2:12 5 Incorporate Directional Movement to DOMINATE the Opposition Lineman 2:00 6 Utilizing Body Position to Perfect Pass Rush Angles 3:19 7 Playing to the Strengths of your Size for Each Down 4:40 8 Simulate HUNTING Down the Quarterback with this Surf Agility Drill 1:12
Insight from Nolan Smith
9 Best advice I ever got from a coach 0:13 10 How do I get ready for a game 0:20 11 My mindset before every snap 0:20 12 What motivates me to be the best 0:34 13 Advice to young players 0:15 14 Wrapping it up 0:13

Nolan Smith is a junior linebacker for the University of Georgia Bulldogs.  Smith Attended IMG academy in high school where he was one of four finalists for the Anthony Muñoz Lineman of the Year Award his senior year.  He was  considered a 5 star prospect by 247sports. ESPN, and Rivals.  In his freshman year at Georgia in 2019 he was given the teams co-defensive newcomer of the year award.  He played in all 14 games in 2019 and finished the season with 18 tackles, 2.5 sacks, 2.5 tackles for loss, and 15 QB pressures.  Smith also played in all 10 games his sophomore year (short season) and finished with 22 total tackles, 2.5 tackles for loss, and 2.5 sacks.

You just booked "Become a BEAST at Linebacker with Nolan Smith"