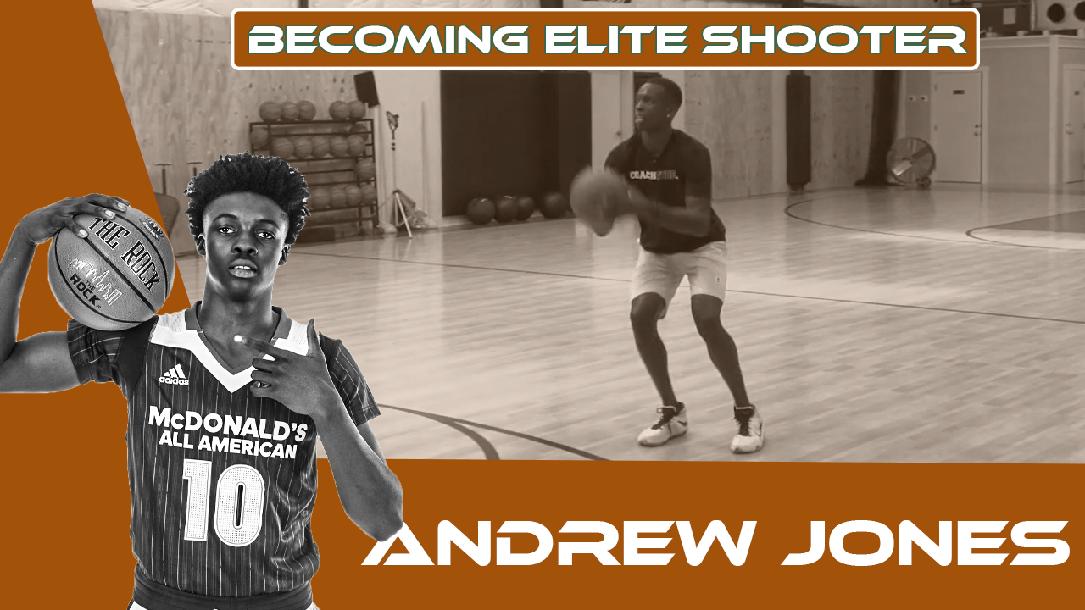 To become an elite shooter, you need to be effective from all areas of the court, meaning you can create seperation in tight areas. This requires great ball handling and shooting mechanics.

To cover all aspects of shooting to make you dangerous you will learn:

If you want to start racking up more points on game day, then you need to purchase my course.

Introduction
1 Welcome to my Course 0:13
Warmup your Shooting
2 Grove your Shooting Hand to Nail Down Shooting Mechanics 6:18 3 Shot Repetition Drill to Eliminate Shooting Errors 5:54 4 Master off the Glass Shots from all Distances to Complete the Warmup 2:35
Elite Footwork and Shooting
5 Dominate the Mid-Range with this Jump Shot Drill 5:10 6 Become DANGEROUS from All Areas through this 3 point drill 7:02 7 Improve your Aim and Offset defenders by Shooting on the Move 6:05 8 Complete your Shooting Mastery through this Transition Shot Drill 5:48 9 Bonus Lesson - Make the Game Winner 4:03
Insight from Andrew
10 Big Lessons from Legendary Coaches 0:53 11 Pushing to your Best 0:38 12 Sleep, Nutrition, and a Clear Head 0:31 13 Don’t Dwell on the Misses 0:51 14 My Motivation 0:24 15 Outwork Everybody 0:23 16 Discipline Through Highschool 0:35 17 Thank You 0:06 18 My Professional Influences 0:31 19 Shift Gears and Make a Game Winner at the Buzzer 4:03

Andrew Jones has so far played in 76 career games and was in the starting lineup for 42 of them. In his career, Jones has had 44 performances of double digits in scoring, including six 20-point performances. All-Big 12 Honorable Mention selection in the 2020 season, he was also named the 2019-20 Big 12 Conference Male Sportsperson of the Year. Being recognized with an extraordinary degree of sportsmanship, community service, and academic achievement.

In January 2018, Jones was diagnosed with leukemia and went through successful treatment at MD Anderson Cancer Center in Houston. Jones then re-joined The Longhorns for the 2018-19 season and was able to play in two games as he continued his treatments throughout the year. Finally, he completed his last treatment in September 2019 and was granted a medical redshirt for both the 2017-18 and 2018-19 seasons. Jones has been earned McDonald’s All-American (18th selection in UT history) and Jordan Brand All-American (13th selection in UT history).

You just booked "Becoming an Elite Shooter with Andrew Jones"