Diving: The Elements of a 10 - Tommy Law, Incarnate Word Univ. 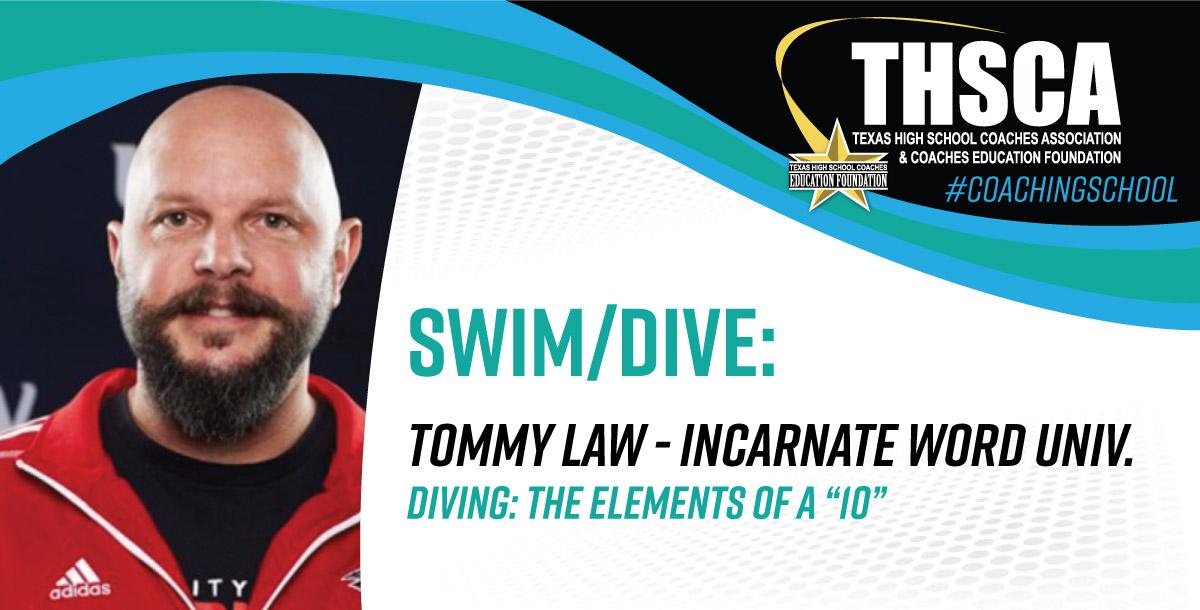 Diving: The Elements of a "10" - Tommy Law, Incarnate Word Univ.

Tommy Law began his coaching career 30 years ago in 1991. He coached USA Diving and AAU diving club programs at San Antonio Divers and Alamo Area Aquatics Diving. Tommy was the diving coach at Northside ISD for 17 years (1996-2013) and he just completed his 11th season at University of the Incarnate Word. During the last 30 years he has had many AAU National Champions, USA Diving National Champion, Texas UIL State Champions and two NCAA Division 2 National Champions. Tommy has been TISCA Diving Chairman and NISCA All-American Selection Committee. He was involved in Dreams for Youth; Inner City Games and he was the diving coach for Community Olympic Development Program. In 2013 he was USA Diving Team Coach for Fina Grand Prix in Puerto Rico.

You just booked "Diving: The Elements of a 10 - Tommy Law, Incarnate Word Univ."