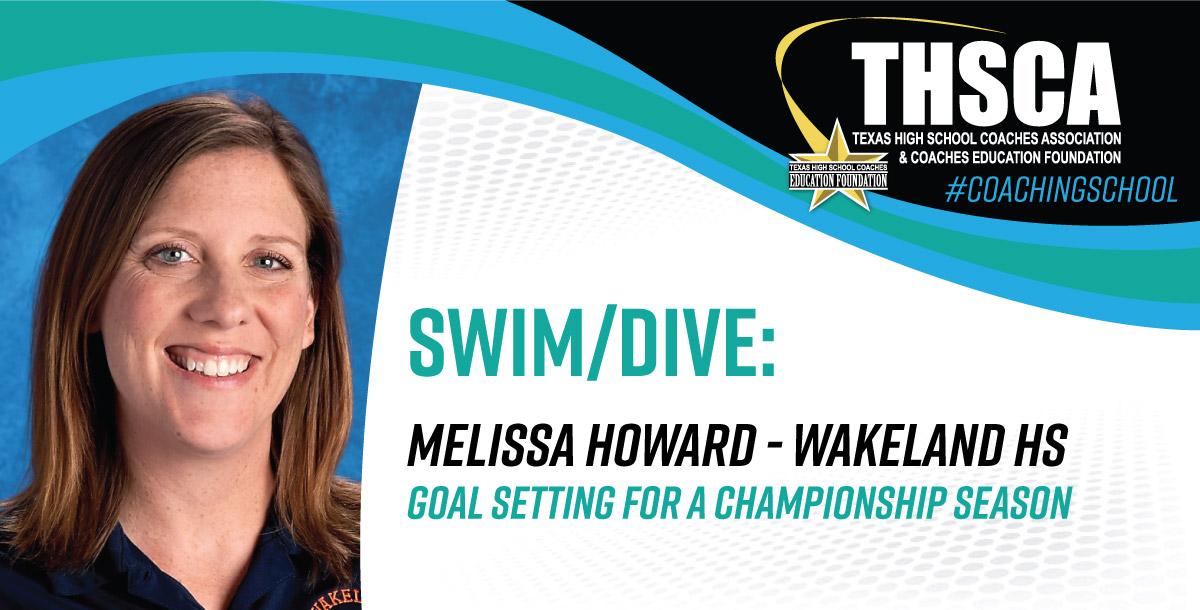 Coach Melissa Howard just completed her 20th year in education and her 17th year as a head swim coach. She is a graduate of Oklahoma State and moved to Texas in 2001. She came to Frisco Wakeland to help open the school in 2006 after spending the first five years of her career in Birdville ISD. She taught science and coached until 2016 at which time she transitioned into the Assistant Natatorium Manager position in addition to her coaching assignment. She has been fortunate to coach very talented athletes along the way and has been privileged to lead the Wolverines to eight district championships, seven region championships, and two state championships in 2014 and 2021. Between the boys and girls, her teams have finished in the top five at the state meet eight times, four of which have been state runners-up.  She has also spent several years serving on the board of directors for TISCA and is the current TISCA Past President. This coming school year, she will be transitioning into a new role and will serve as the Frisco ISD Swim & Dive Coordinator. Most importantly, she spends her non-working moments being a football coach’s wife and supporting her husband Jim in the stands on Friday nights and helping parent their two incredible kids, Garren, 6, and Shelbi, 3.