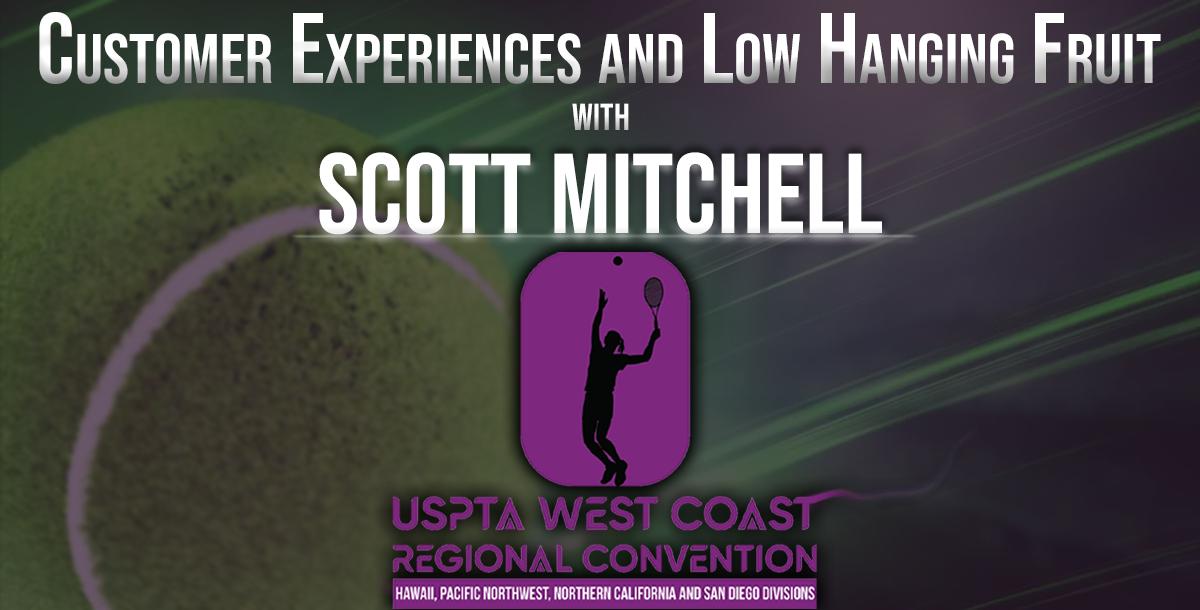 Why customers fire us! Customer Experiences and the lowest hanging fruit!

Have you ever wondered why customers leave you or your club? In a sense, do you know why they "fired" you?  We will discuss each of these in detail so that you can retain business, and make more money.  Then turn your focus on offering the best customer experiences and focus on the lowest hanging fruit for growth!

Scott is considered an industry leader in first-class facility management, junior and adult coaching, and program design and implementation. Scott is currently the CEO for Premier Tennis Consulting providing innovative and profitable solutions for clubs/facilities and professional tournaments. He has been involved in some of the largest and most prestigious facilities in the U.S. and many of the worlds’ leading professional tennis tournaments.  He has been an Executive Director of Tennis with 30 years of experience at private clubs, public facilities, and resorts.

Scott is currently providing his Premier Tennis Academy and Evolution Kids Tennis Programs with several facilities around the U.S. and Internationally with Corvuss American Academy in India.  Scott is a Master of Tennis Junior Development: PTR and a USTA Coach Youth Tennis Faculty Member. Scott is a sought-after speaker on tennis operations, management, and coaching with the USPTA, USTA, and PTR.  Scott is a certified USPTA Elite and PTR National Tester and Clinician for all aspects of their pathways; adult and junior development.

Scott’s coaching background is extensive as he has won a National Championship as an assistant coach at Georgia Perimeter College. He also coached the GPC #1 player to a win over then NCAA #1, has been a USTA National Zonal Coach working with many of the nation’s top boys and girls. Scott is one of the industry's leaders in developing both adults and juniors and their tennis. He has coached numerous juniors to play collegiate tennis and has coached over 50 adult league champions.

He is married to Ashley a former Florida State University player and ACC doubles champion and they have 3 children, Brady-11 and girl/boy twins, Brooklyn and Cason, 8 years.

You just booked "Customer Experiences and the Lowest Hanging Fruit"