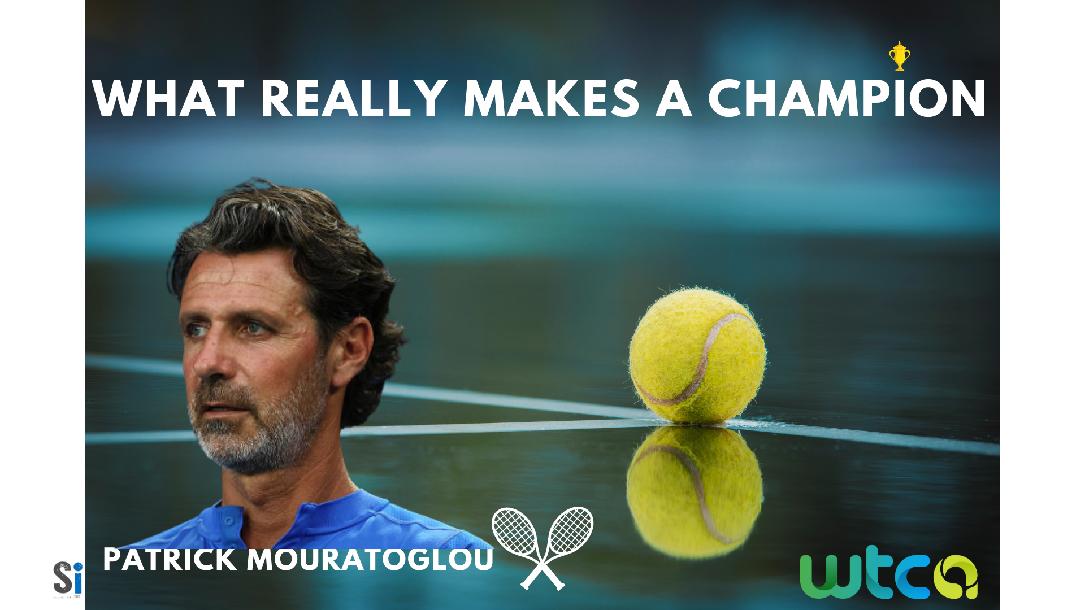 There are a lot of theories and ideas about how to groom a champion.

Everyone agrees that a champion has: talent, grit, determination, supreme physical abilities, and most importantly a champions MINDSET.

But few people have had an opportunity to coach one of the greatest players of all time.

Patrick Mouratouglou has not only coached Serena Williams since 2012, and seen her win more Grand Slams than 99% of Pro Players can imagine...

He is also coaching hopefuls Stefanos Tsitsipas, and Coco Gauff.

In this course, Patrick talks candidly about:

- The three "magic" questions that you should ask every player who wants to be #1 in the world.

- How his coaching relationship with Serena started, and why she went from spending 18% of her time as #1 in the world to 84% of her time in the top spot!

If you are a high performance tennis coach, and you'd like to learn from one of the best in the game... then "What Really Makes  A Champion" will help you tremendously!

1 Thanks and WTCA Welcome 3:20 2 History of the Academy and Coaching Philosophy 0:00 3 Methods to Scout Top Talent in the Tennis World 0:00 4 Understanding Confidence, Criticism and Managing your Players 5:48 5 Parents Importance in Tennis 3:29 6 Importance of Admiration for your Players - Coaching Serena 5:48 7 Finding the Pieces of the Puzzle Before Forming your Coaching Plan 4:19 8 My Methodology 0:00 9 Importance of Managing Emotions 0:00 10 Attracting the Younger Generation 8:21 11 Future Goals 1:48

He is the Founder and President of the Mouratoglou Tennis Academy, out of Sophia Antipolis, in the heart of the French Riviera and is very well-known for being one of the most proficient training centers in the world.

Founded in 1996, Mouratoglou Academy helps develop the next generation of professional tennis players while also advancing the skills of those who are already on the pro tour.

You just booked "Patrick Mouratoglou - What Really Makes A Champion"