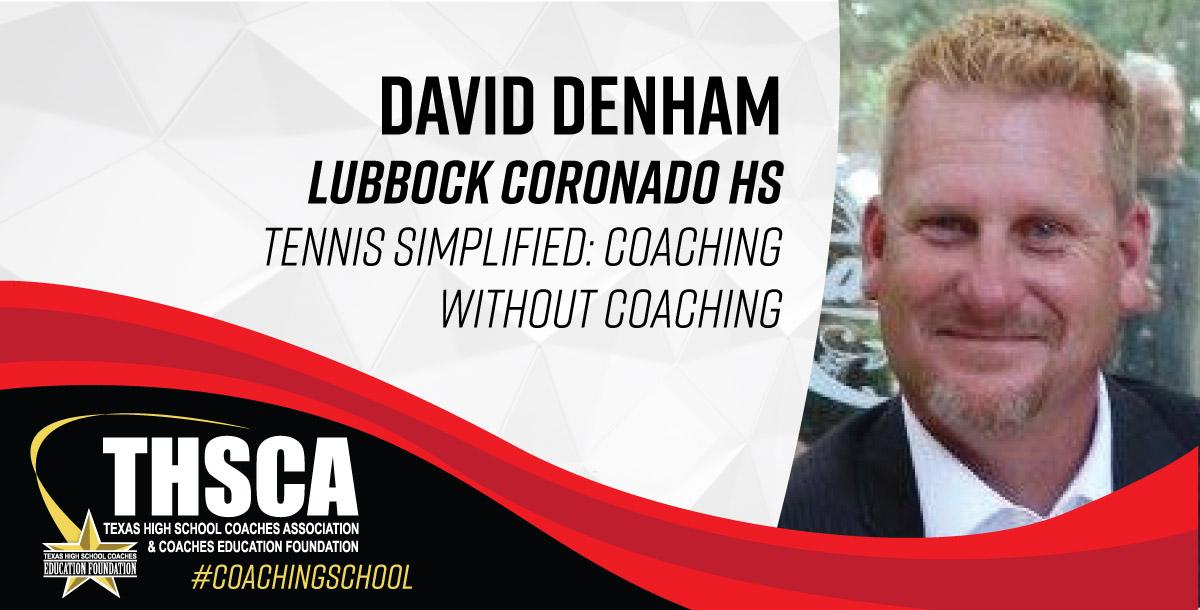 My name is David Denham, and I just completed my 20th year in education.  This was my 17th year as the Head Tennis coach at Lubbock Coronado.  We had the opportunity to qualify for the 6A Team Tennis State championships in 2009, 3 State Individual Champions, 7 Regional Champions, 16 State Individual qualifiers including my Daughter Rylie Denham, originally from Lubbock Texas and Graduate Assistant for Texas Tech Women's Tennis Team under Texas Hall of Fame Katy Vick. I was an Assistant Professional at Hillcrest Country Club under Terry Hunter before serving as the USPTA Head Professional and then Director of Tennis at GreenTree Country Club in Midland Texas. I was persuaded and lured to leave the private level by Dennis Parker to be the Head Tennis coach at Odessa Permian for three years before coming home to Lubbock to take over Hall of Fame coach Jim Carter.  Mustang tennis Tradition continued for 15 years consecutive District Championships adding 8, and as the coach to hit the 300th Team Tennis win in 2016.   I was the Team Captain of Odessa College and played under Hall of Fame coach Jay Box and Graduated from Texas Tech University 1994. I am a 1988 graduate of Lubbock Monterey High School in Lubbock, Texas.  My biggest accomplishments are my wife Julie Denham, Reagan Marshand 25 and our newest Grandbaby Carsyn Rae Marshand. (Lives in UK) Connor 22, Rylie 19.

NEW!
Vincenzo Santopadre - “When you are animated by passion everything is ligh by The Tennis Talk
Views: 18
FREE