Teri Saunders - Pflug. Hendrickson - How to Build Your TENNIS Program 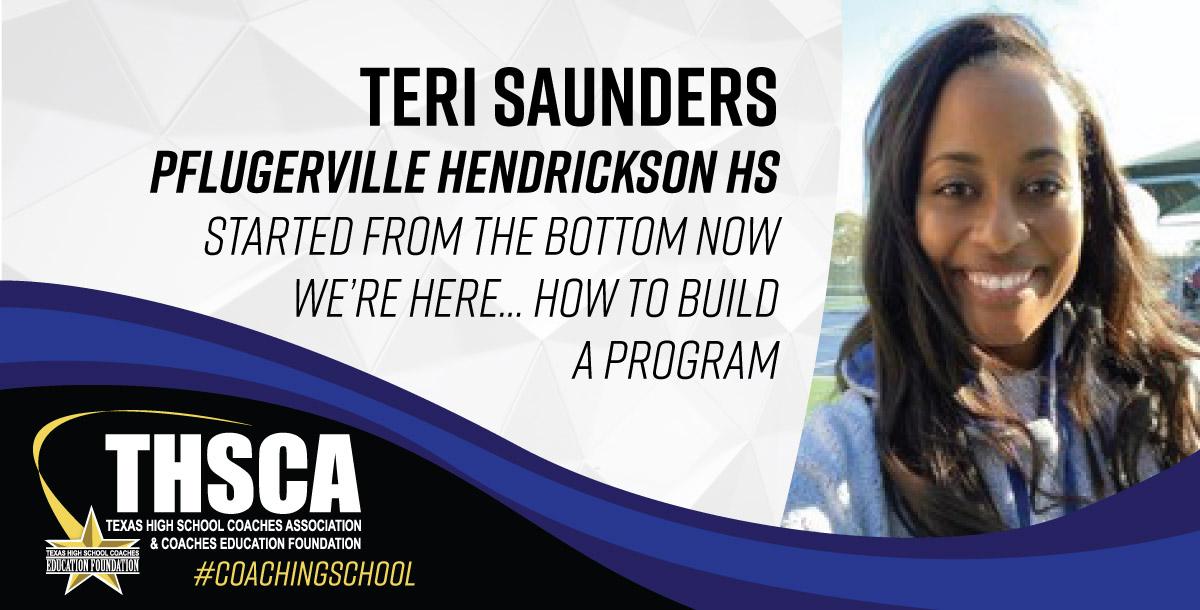 Teri Saunders completed her 2nd year as Head Tennis Coach at Hendrickson H.S. in Pflugerville, TX. During her collegiate years playing tennis at the University of Texas at El Paso, Saunders finished as the number one player on her team, named All-Conference, and broke several records before suffering an injury. Saunders transferred to Prairie View A&M University where she studied and coached for the PVAMU Men and Women's Tennis Team, earning them a SWAC Conference Championship in 2013. Saunders earned her B.A. in History and has built an impressive teaching and coaching career across Central Texas. Saunders was the assistant coach at both powerhouse high schools, Lake Travis and Georgetown where they were regarded as one of the top 5 tennis programs in the state of Texas respectively. Also during her time at Georgetown H.S., Saunders helped her team make their first appearance at the State Championships for the first time in school history. In her first two years as Head Coach at Hendrickson H.S., Saunders made history by helping her team win their first district title in Fall Team Tennis & two more with their girls winning back-to-back championships in the spring seasons. Her team has also made school history by sending their 1st two players to compete in the State Tournament this Spring. Saunders has been named TTCA Regional Coach of the Year 2021-2022 and CATA High School Coach of the Year 2021-2022. Saunders is married to Coach Marcus Saunders and they have 2 beautiful children, Marcus Jr. and Meilani Saunders.

How to Develop a Great Competitor on The Circuit - Andrei Medvedev by World Tennis Conference
Views: 440
$19.99

You just booked "Teri Saunders - Pflug. Hendrickson - How to Build Your TENNIS Program"