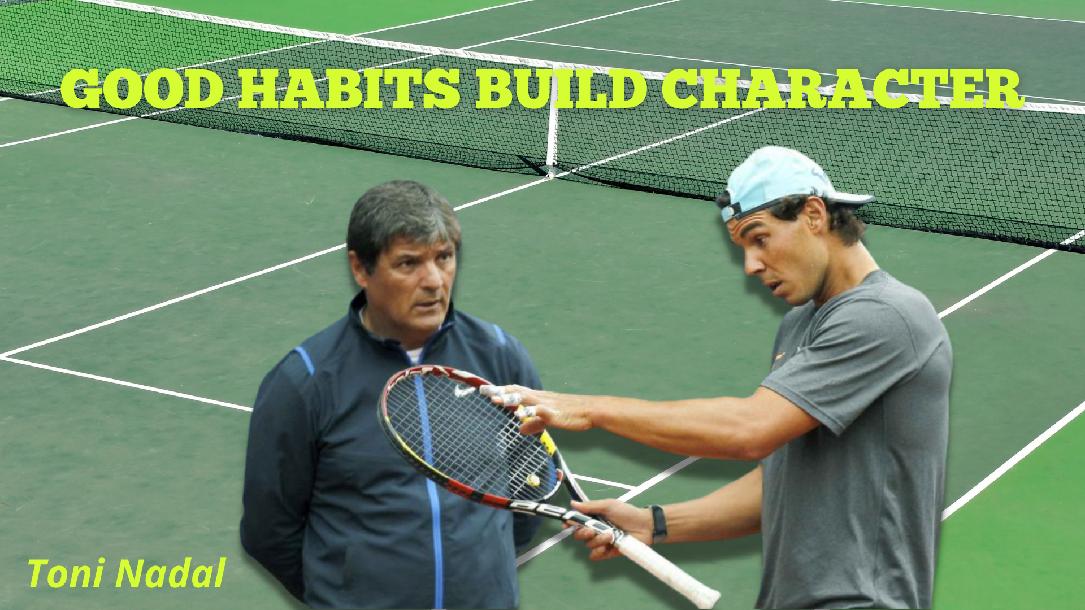 We are defined by our habits.

Toni Nadal knew this when he was training Rafa at such an early age.

And it is Rafa's habits that have allowed him to hold the current record for Grand Slams in the Men's Game.

In this breakthrough course at World Tennis Conference 2, Toni shares his insights on habits.  And specifically, which habits Rafa harnessed to allow him to be in the conversation for the Greatest Player of All Time.

Antonio "Toni" Nadal Homar is a Spanish tennis coach. Toni Nadal is the uncle and ex-coach of tennis player Rafael Nadal, the elder brother of Spanish professional footballer Miguel Ángel Nadal, and the current coach of tennis player Félix Auger-Aliassime. With 16 major titles won as the coach of his nephew Rafael Nadal, he was the most successful coach in tennis history until Marián Vajda and his player Novak Djokovic won their 17th major title together in 2020.

Nadal worked as a tennis coach and as a manager for a tennis club. He obtained a trainer's degree and taught at the tennis club his brother Miguel was a member of in Manacor. Nadal also became a manager of the Manacor tennis club while teaching younger students. At this time, Nadal began coaching his nephew, Rafael Nadal. The majority of Toni Nadal's coaching career has been spent with Rafael.

Nadal has described his coaching style as 'hard', saying that he occasionally puts too much pressure on Rafael, but that he does so because he wants him to succeed. When Rafael was younger, he would be nervous about having lessons by himself with Nadal. Rafael stated that as a child he would sometimes return home from tennis lessons crying. Nadal feels being such a hard coach would make his pupils better tennis players.

It is the most important Tennis Conference in the world which is organized by GPTCA and Segal Institute, supported by ATP.

Each year, virtually it brings together the most important and outstanding international tennis coaches, scientists, personalities, experts with great experience on player development processes, Each one presents us the progressive development pathway of Top Competitive Worldwide Tennis Players.

WORLD TENNIS CONFERENCE by GPTCA/SI has been designed and developed into several presentations and very special content on many different subjects on and off court to help you to keep developing your best strategies for your tennis projects. All presentations are integrated into specialized thematic blocks to maximize the experience of being part of the event.

Take advantage to have a presentation of each of WTC Speakers.

Is important to remark that when you are buying a presentation/course you are helping to promote tennis because most of the speakers donate their income to Tennis AID, a non-profit organization who is promoting tennis giving racquets, nets, tennis balls, tennis clothes and much more supporting tennis actions in countries like (Ghana, Nigeria, Vietnam, Philippines, Bolivia, Cambodia and others)

Be ready to participate in the next WTC3 in March, 2023 with the most important coaches in Professional Tennis Circuits.

NEW!
Louise Cayer - You have to be so different that everyone adapts to you by The Tennis Talk
Views: 39
FREE