MTM-U The Best Of Oscar 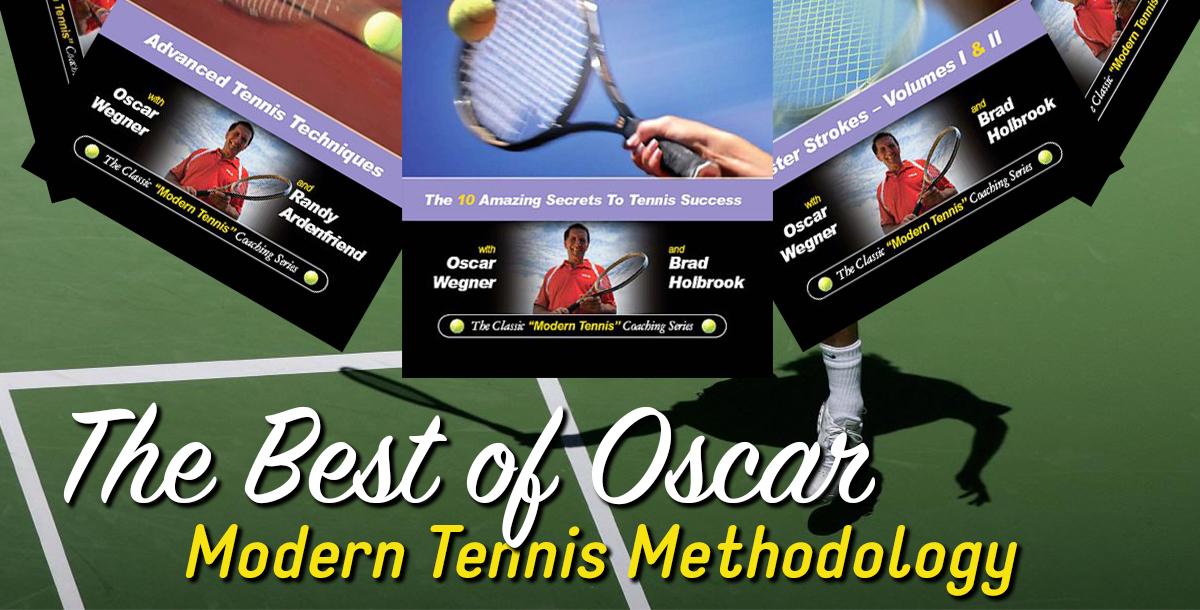 Revolutionary data covering all strokes that will improve the way you play. Simple techniqiues take players to a new level with the same fundamentals employed by the top players in the game.

It can take years to to develop competence with conventional coaching or trial and error. With this knowledge, it will take you just hours.

This course consists of a two-hour compilation of Oscar Wegner's entire library of video instruction. It makes tennis easy and helps find the thread that weaves together a complete game.

Arranged in a stroke-by-stroke sequence, the course makes it very simple to improve each aspect of the game individually. It promotes natural moves for strokes, court coverage and recovery, how to handle pace and minimize errors. Bit by bit, you will discover new heights of confidence, ease, control, "feel" and power.

"THE BEST OF OSCAR" shatters the barriers and misconceptions that have kept you from playing your personal best, making improving your tennis game not only possible but easy.

Oscar Wegner is the best - literally the Yoda of tennis instruction. I recently had a private lesson with him and it was the best tennis experience in my life. He makes the game so simple yet has breakthrough modern tennis methods to help you play like the pros.

Love the brief clear points made in this course. Great overview of modern tennis ideas.

teaches modern style that pros are using. pulling to the left on the forehand and pulling on the backhand slice taught me to get a lot of power.

This is the most efficient method of teaching tennis...The Five Stars Modern Tennis Methodology of Maestro Oscar Wegner 💪🎾

really good teaching thank you Oscar .All this is very useful to me and my students.

Oscar is revolutionary and an innovator!

You just booked "MTM-U The Best Of Oscar "