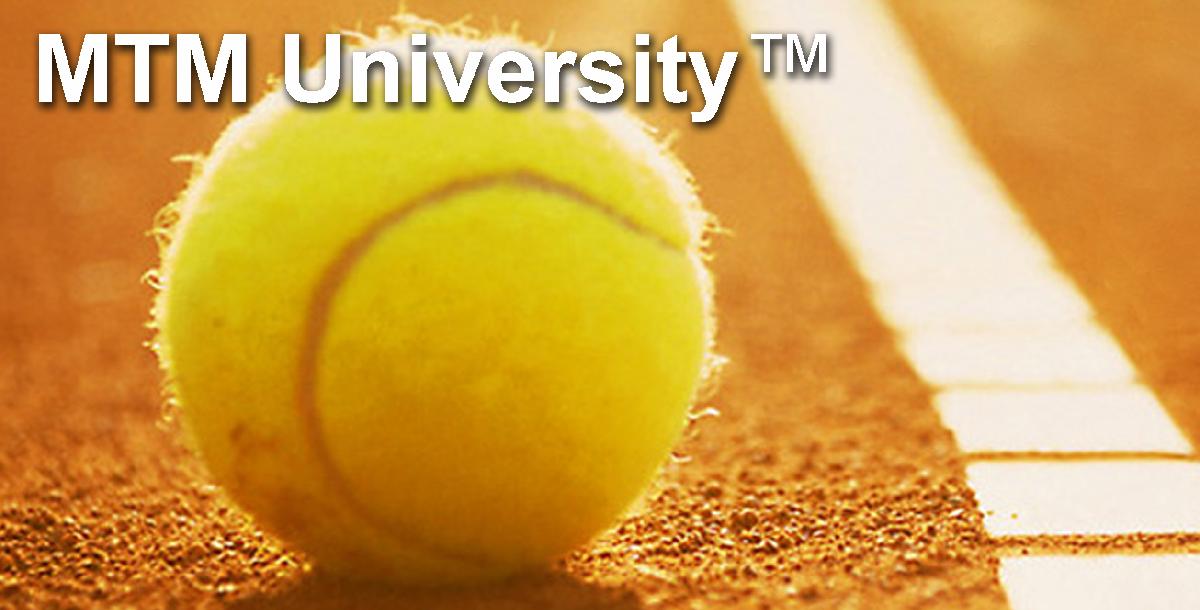 This course is for:

Individuals who wish to continue on the MTM-U study pathway toward the MTM-U Level II Tennis Teaching Professional certification.

This course will prepare the student to coach beginner to intermediate level players who may or may not have had previous MTM tennis instruction.

Material covered will include identifying and handling misconceptions and troubleshooting issues encountered by previously trained or self-taught players.

A SHORTCUT TO LEARN TO PLAY LIKE THE PROS

How to Develop a Great Competitor on The Circuit - Andrei Medvedev by World Tennis Conference
Views: 457
$19.99

Tennis Serve: How to Correct the Racquet Back-Drop by Cosmin Miholca
Views: 4580
(5) FREE