by The Winning Formula 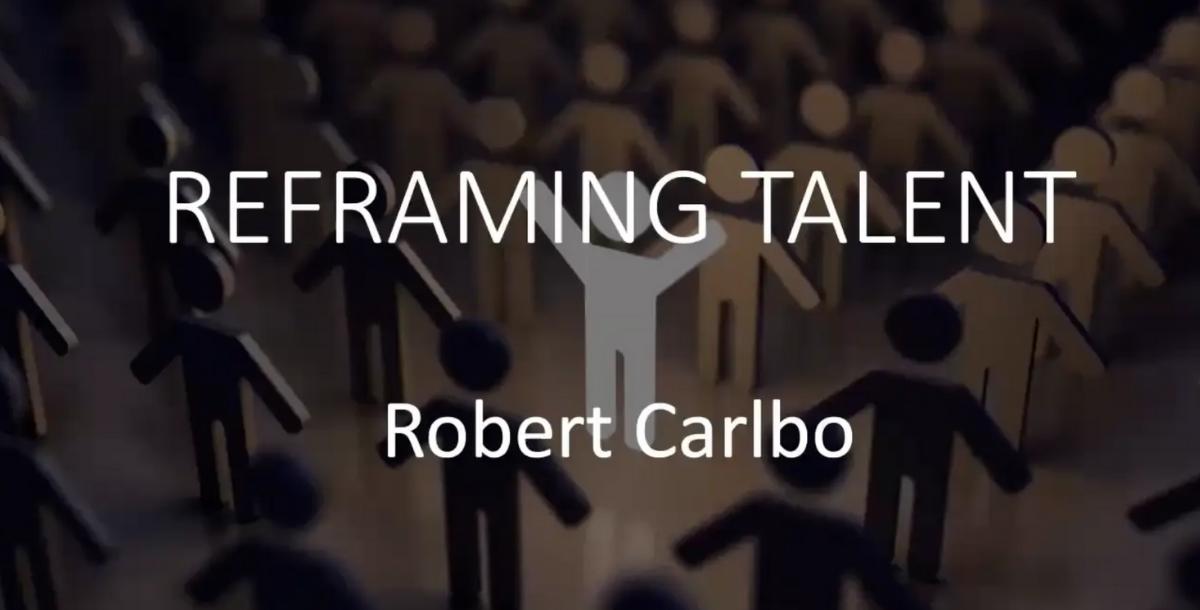 We look at players like Djokovic, Nadal, Federer, Williams, and Osaka and stare at the screen in amazement.  The announcers all talk about how TALENTED these superstars are.

And the most positive, optimistic, and skilled coaches realize that MOST players will not achieve what these Tennis Gods have achieved.

However, that should never stop a player from reaching his/her fullest potential.

In this groundbreaking presentation, Robert Carlbo, PTR Master of Tennis offers a new definition of "talent".  One that lays the foundation for EVERY player to achieve levels of play they may have never thought possible.

They Coach Players. We Train Winners

Robert Carlbo is a PTR Master of Tennis, has spent his life dedicated to the sport, and is known as one of the best at his position, while remaining one of the industry's "Best kept secrets"..

He started playing at the age of six.  In the same year, Robert was diagnosed with Legg-Perthes, a rare degenerative hip disease that affects 1 in 1,200 kids. Motivated by his intense desire to play tennis, Robert kept moving, despite being forced at times to use crutches and a prosthetic brace.

“I wanted to play tennis so badly, I just kept moving,” “I spent a great deal of time focusing on being fast and fit. I continue that today, and usually spend 30 minutes a day jumping rope, along with my regular fitness program. I’m pretty fanatical about fitness.”

Robert went to a Swedish school in Liberia until he was 12 years old when he left to live in Sweden while his father recovered from a massive stroke. Here, he played at a tennis club but was told he’d probably never amount to much and suggested he be a teacher of tennis instead. He did, in fact, become a certified tennis instructor in Sweden during 1982 at the age of 15!

While playing after teaching at the club, Robert was noticed by one of Sweden’s Davis Cup captains and was elevated to the higher-level group of junior players and quickly was successful. He moved to New Hampshire in the 10th grade to attend a college prep school and was undefeated during his high school tennis career. When he was accepted Pepperdine dictated a move to California where he played for the school following a red-shirted freshman year. Robert continued coaching during this time.

College was followed by an 18 month stint on the professional tour where he played against Stefan Edberg, Mats Wilander, Mikael Pernfors and Stefan Eriksson. He reached a world ranking of No. 429.

“After that period, I came to Florida, attended Eckerd College and earned a degree in international business with minors in marketing and anthropology,” said Robert. “I became a technical consultant in corporate America until I took a sales job, which I hated. It was then that I made up my mind never to do sales again but to focus on doing my own thing.”

Robert returned to teaching and approached his career with a vengeance, becoming P-1 certified with the USPTA and a Professional P3 with PTR, as well as a special certification in teaching wheelchair tennis. He transferred his attention to detail and preparation skills from sales to teaching tennis and vowed to focus 100% on his students, no matter their skill level.

Robert taught for a while at Saddlebrook.. For nearly two years, he’s taught at the North Pinellas YMCA in Tampa, and teaches wheelchair tennis for both Clearwater at its McMullen Tennis Complex and Blaze Sports in Tampa.

Robert is the head coach of the East Lake High School boys’ tennis team, and teaches junior development tennis for the 11-17 age group. He runs a USTA ten and Under Tennis program at the North Pinellas YMCA and at surrounding elementary schools, and teaches a variety of adult clinics. He works with some of the top juniors in Florida and is visited regularly by ATP and WTA touring pros. He mentors coaches from Sweden, China, Great Britain and the U.S.

“I’m always trying to improve and find ways to become better,” said Robert. “I try to find ways to make tennis easier to teach by explaining the game as best I can for each of my students. I am a firm believer in good technique and start Day 1 with footwork.

“I take my lessons seriously and love my job. I wouldn’t want any other job.”