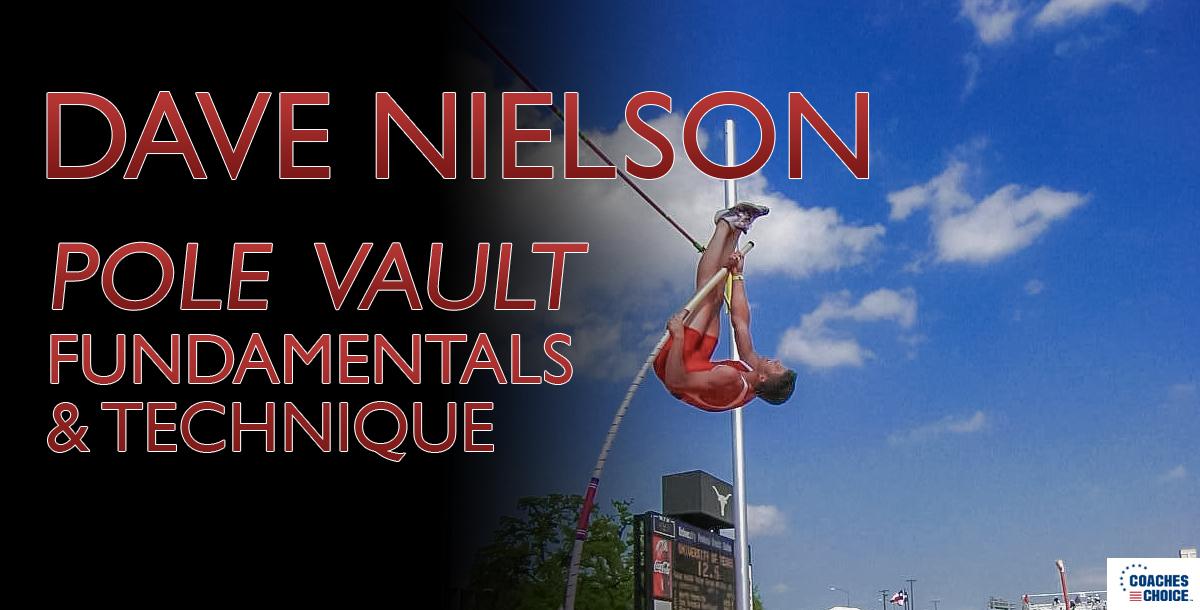 In Pole Vault Fundamentals and Techniques, Coach Dave Neilsen shows you first hand how to take a vaulter who isn't quite clearing the bar and teach them the proper techniques they need to achieve their maximum potential.

This instructional video course explains and demonstrates how to develop each basic skill necessary for success in the pole vault. The course also reviews several steps that can be undertaken to help ensure a safe training environment.

Dave Nielsen is the head track and field coach at Idaho State University, a position he assumed in 1985. During his illustrious career, Nielsen has helped 20 athletes achieve All-American status. In addition, 32 of his athletes have advanced to the NCAA Championships, 120 have won Big Sky titles, and 289 have earned All-Big Sky Conference recognition. One of his best-known athletes was Olympic pole vault champion and world record holder Stacy Dragila. In 2000, Nielsen was named the USA Track & Field Nike Elite Coach of the Year and was a finalist for the USOC (United States Olympic Committee) National Coach of the Year. Four times his teams have finished among the top 30 teams in the nation. During his tenure at ISU, the Bengals have won two Big Sky titles and twice he has been named Big Sky Coach of the Year. He was also named District and Mountain Region Coach of the Year in 2000. Nielsen is a nationally recognized expert in the track and field jumping disciplines and currently serves as the USA Track and Field women’s department chair for the pole vault. A 1978 graduate of the University of Iowa, where he was once one of the top pole vaulters in the nation, Nielsen was a Big Ten champion, earned All-American honors, and competed at the 1976 Olympic trials. Nielsen served as both student assistant and graduate assistant at Iowa. He moved to Pocatello in 1980 to train for an Olympic berth while completing graduate studies. After serving as an assistant coach at the University of Wisconsin, he returned to ISU as women’s track coach, before being named to head the combined program in 1985.

Breaking Down the Pole Vault - Dennis Mitchell by ITCCCA
Views: 716
$15