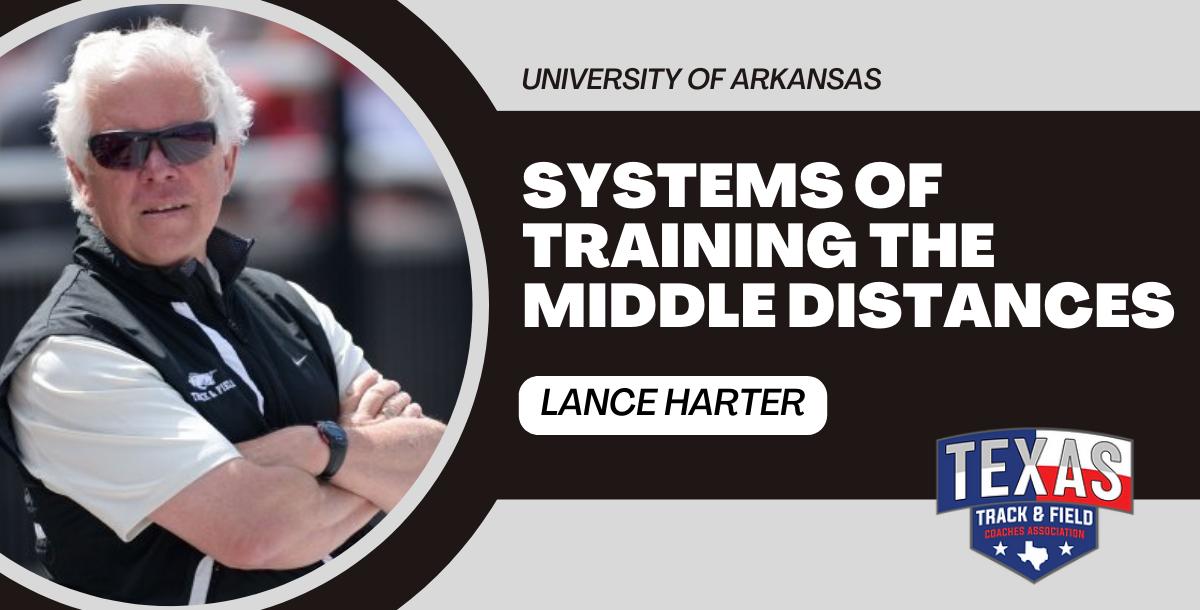 On top of all of that, he even reveals a seasonal workload that will help your athletes improve their times.

Coach Lance Harter has been the Head Coach of the Arkansas Track & Field Program for 31 years now. He is considered the most successful coach at the University of Arkansas Women's Head Track & Field and Cross Country Coach and for the Southeastern Conference.

Through the 2015 outdoor season, the Razorbacks have finished third or better in 78 percent (56 of 72) of SEC Championship meets under his watch. Arkansas has never finished lower than third at an SEC cross country meet.