by Track and Field Summit 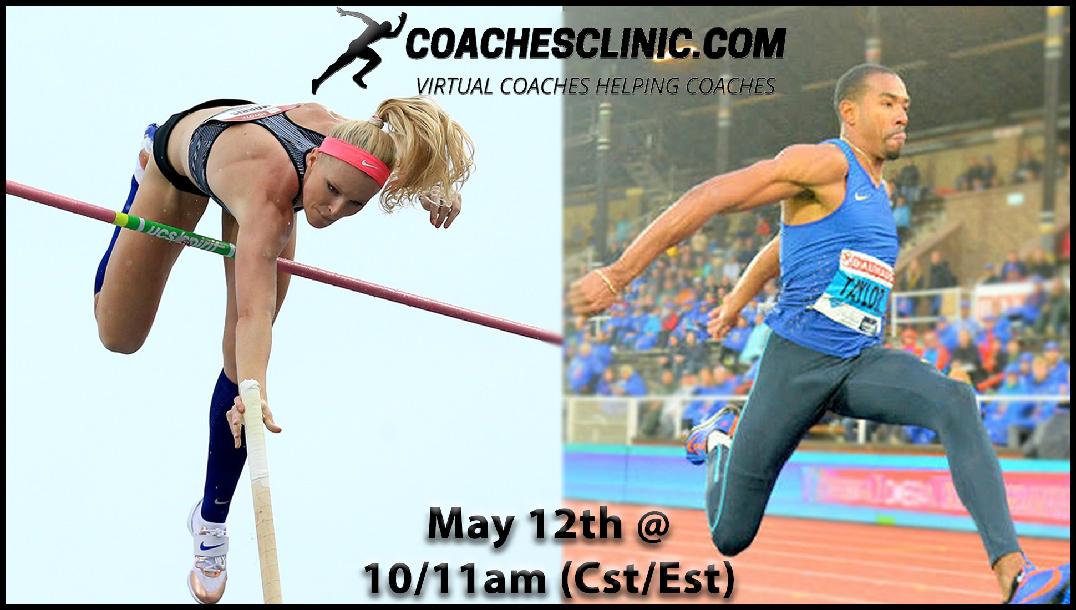 Christian Taylor signed a contract with athletics company Li-Ning, forgoing his last year of collegiate eligibility. After the 2012 Olympics, a knee injury had Taylor questioning if his elite-level jumping career could continue. Then in 2013, he moved to England to follow his coach.

His largest source of motivation to work hard, especially in the offseason, is his desire to set a good example for his younger sister, who also competes in track and field.

Taylor says he hopes to leave behind the same kind of legacy that Walter Davis has left behind: one full of fun, confidence, and enjoyment.

Sandi thrived in high school and became one of America’s most highly recruited female pole vaulters. She first signed with UNC Chapel Hill, and attended school for two years. While not improving on the track or in the classroom, Sandi decided it was time for a change.

She then chose to major in broadcast journalism at the University of Arkansas and work with Coach Bryan Compton, who built a vault legacy with the Razorbacks. Prior to Sandi, he coached Olympians April Bennett and Tina Sutej to NCAA records and NCAA Championships. Little did Sandi know, four years after stepping foot into his presence, Coach Compton would have her jumping almost 2.5 feet higher – breaking the Outdoor American Record – and medaling at her first Olympic Games. Additionally, he also coached her to SEC records and titles, NCAA records, three U.S. Championship titles, and more while in college.

Sandi’s collegiate career concluded in 2015, at which point she fulfilled a lifelong dream of signing a shoe contract with her current sponsor, Nike.

As 2017 followed, Sandi added two USA titles and a silver medal to her pedigree at the 2017 World Outdoor Championships, and just recently Sandi became the 2018 World Indoor Champion, winning her first gold medal at a major championship!

While ecstatic about her success, Sandi still craves more. The world record and a gold medal at the Olympic Games are her two most sought-after dreams. Sandi is hoping to compete until the 2024 games, and hopefully longer!