Training Design for all Jump Events 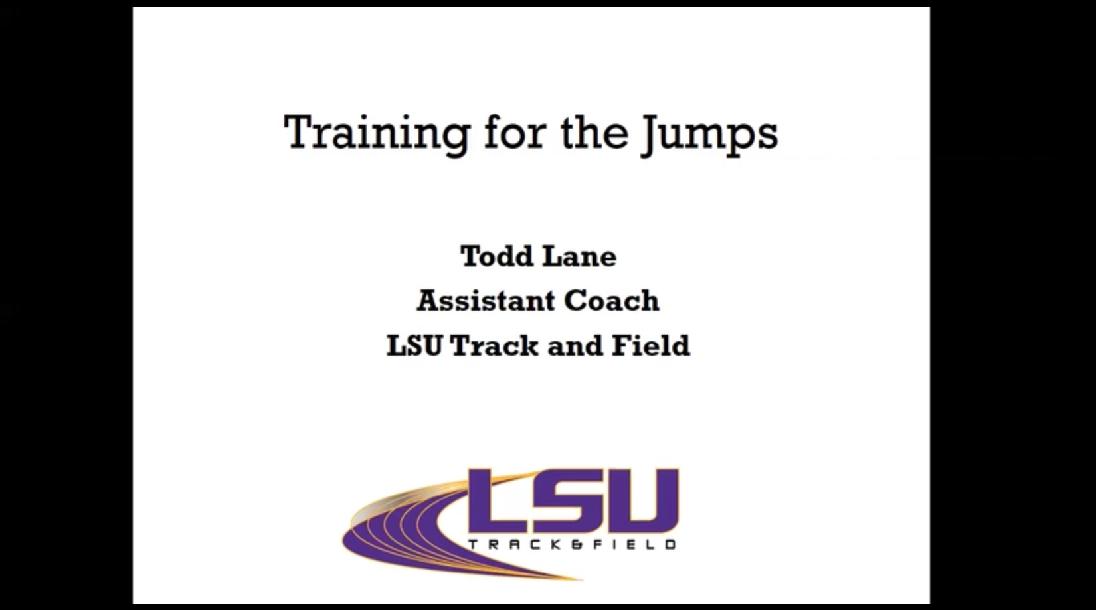 Do you want to learn how to coach and train every jumping event better? Well, you've come to the right place! In this course, Coach Todd Lane reveals the 5 Biometer Abilities you need to know in order to properly train your athletes. He breaks down topics such as:

On top of all of this, he even breaks down the science and proper cycles that will help out your athletes!

Lane was named the 2020 USTFCCCA South Central Men’s Assistant Coach of the Year during the indoor campaign. JuVaughn Harrison won his second consecutive SEC indoor title under the tutelage of Lane in the high jump with a clearance of 7’ 5”. H

Harrison had the No. 2 long jump (26’ 7.25”) and No. 3 high jump (7’ 5.75”) in the nation entering the NCAA Championships before it was canceled due to the COVID-19 pandemic. Fellow jumper, Rayvon Grey, had the No. 3 long jumps in the nation with a season-best mark of 26’ 6.50” to make him and Harrison the most elite jumping duo in the country. All three marks listed above for Harrison and Grey are LSU top-10 marks.

On the women’s side, Lane had junior Abby O’Donoghue ready to compete for a national title in the high jump. O’Donoghue set the LSU school record with a clearance of 1.89 meters (6’ 2.25”) at the Tyson Invitational and she was set to enter the NCAA Indoor Championships as the No. 2 seed; she took silver at the SEC Championships with a clearance of 6’ 2”. Lane helped pole vaulter and indoor school record holder, Lisa Gunnarsson, become the first LSU woman to win an SEC indoor title in the event since 2009. Mercy Abire claimed a bronze medal for the Tigers at the SEC Indoor Championships in the long jump and her season-best leap of 21’ 1.50” (6.44 meters) ranks fourth in the LSU record books. Freshman Nyagoa Bayak also entered the LSU top-10 list in 2020 with a clearance of 5’ 11.50” in the high jump.

In 2019, Lane was named the USTFCCCA Outdoor Men’s Assistant Coach of the Year in the South Central region.

Preseason for your Jumpers by Robert Davis
Views: 318
$5

The Track & Field Mindset Bouncing Back from Injuries Series by Winning Mindset
Views: 449
$25

You just booked "Training Design for all Jump Events"