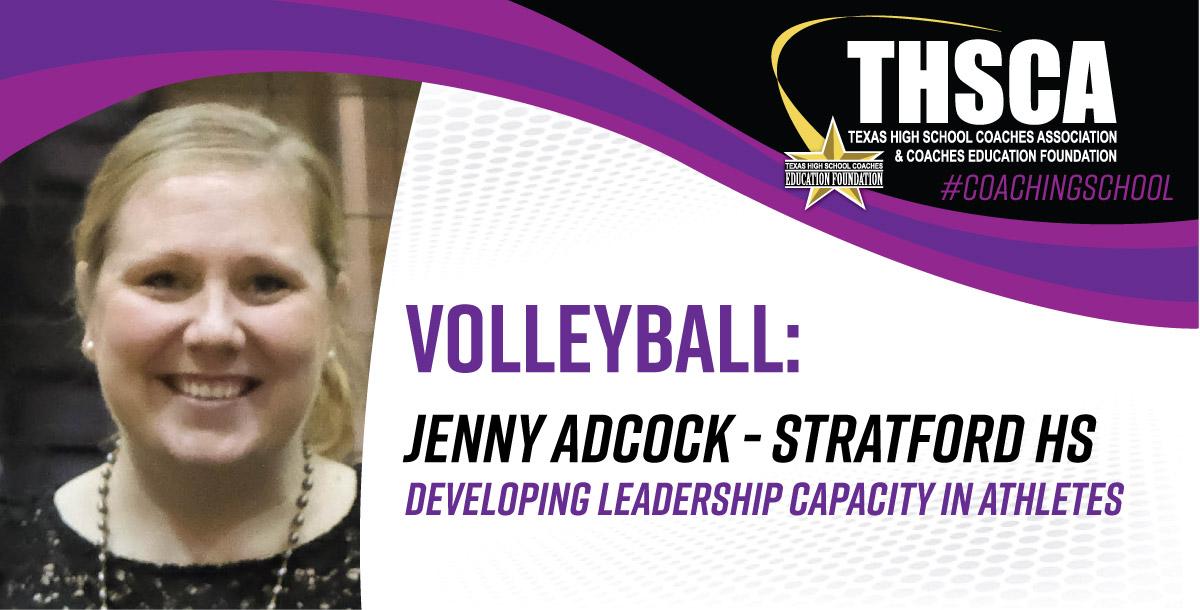 Jenny Adcock recently finished her 20th year of coaching and teaching.  To start her career, Coach Adcock spent three years as the varsity coach at Allen Academy in Bryan, Texas, where she led her teams to three undefeated District Championships and one State Championship, and was selected as a TAPPS All-Star coach in 2003.  Her first stint at Stratford High School (2004-2010) was as an assistant, where Coach Adcock’s sub-varsity teams had a district record of 79-1.  After transferring to Memorial High School, Coach Adcock was a clinician at the 2012 TGCA Satellite Clinic in Houston, selected as a GHVCA All-Star Assistant Coach in 2013, and served on the TGCA Assistant Coach committee for four years. Jenny became head coach at Clements High School in the fall of 2013, leading her teams to three consecutive play-off appearances.  Returning to Stratford in 2016 as the head coach, Coach Adcock has advanced her team to play-offs in 2018 and 2020.  She is the President of the GHVCA, on the AVCA High School Leadership Council, and coaches for Houston Juniors Volleyball.  In her free time, Jenny loves to travel, garden, read, go to Astros and Aggie games, enjoys live concerts, and recently earned a Master’s Degree in Coaching and Athletic Administration.  She lives in Houston with her mini-Aussie, Millie.