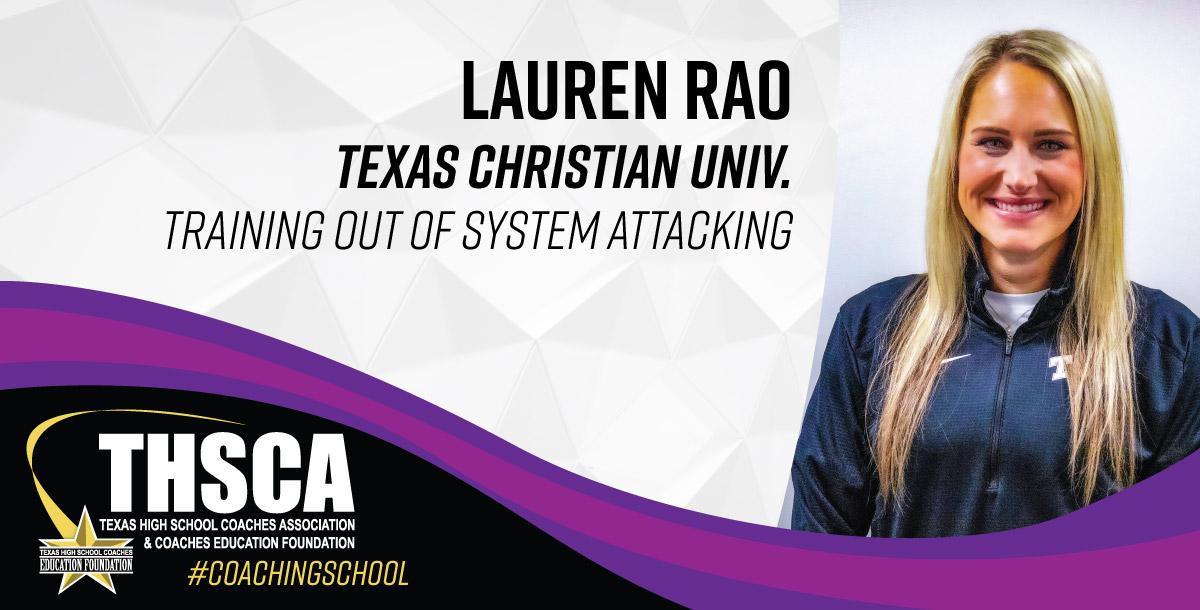 Lauren Otto Rao has returned to her alma mater as the Director of Operations for TCU Volleyball, head coach Jason Williams announced. Rao was a four-year letterwinner for the Horned Frogs from 2006-09, helping TCU reach its first-ever NCAA Tournament appearance in 2009, while amassing 1,126 kills (7th all-time), 1,115 digs (9th all-time) and 37 double doubles (4th all-time).   Rao is no stranger to the TCU coaching staff, having served as an Assistant Coach in the 2013 and 2014 seasons, helping the Frogs to winning seasons in both of her years on the bench.   Since leaving TCU, Rao established herself as one of the top coaches in the Club and High School ranks. She spent the last four years as the head coach of Keller High School where she led her team to playoff appearances each year. In 2022, Keller went undefeated to be crowned District 4-6A Champions, going as far as the State Championship match, before falling to Brandeis in a 5-set thriller.   Rao is also an Assistant Coach for the number one junior’s club in the country, TAV. Her 18's team was crowned the National Champion in 2019, and her 16's team was crowned the following season in 2021. Her teams have all medaled the last 5 years in a row at the Girls Junior National Championships.   Rao was named All Area Co-Coach of the year by the Star-Telegram and District 4-6A Staff of the year. Several players received accolades for their achievements including Melanie McGann, Star Telegram player of the year, Dallas Morning News Player of the Year, Vype DFW Hitter of the Year, TGCA All-State, and District MVP. Leah Ford was also named to the TGCA All-State team, as well as the All-Area team for both the Star Telegram and Dallas Morning News alongside setter, Taylor Polivka.   Prior to Keller, Rao led the South Grand Prairie Warriors to back-to-back district and bi-district championships. Rao also had stints at Arlington Bowie, Arlington Seguin, & Burleson Centennial.   In 2018 she surpassed 100 career wins, was named District Coach of the Year in 2016 and 2017 and is an AVCA 30 under 30 award winner. Rao was also inducted into the Arlington High Hall of Fame in 2015.   She graduated from TCU with her degree in Communication Studies and a minor in Secondary Education. Rao obtained her master's degree in educational administration in 2020 from Lamar University.   Rao and her husband, Mike, have one daughter, Reese (1).