The Next Level - Jump Setting, Spin Setting, and Short vs. Long String 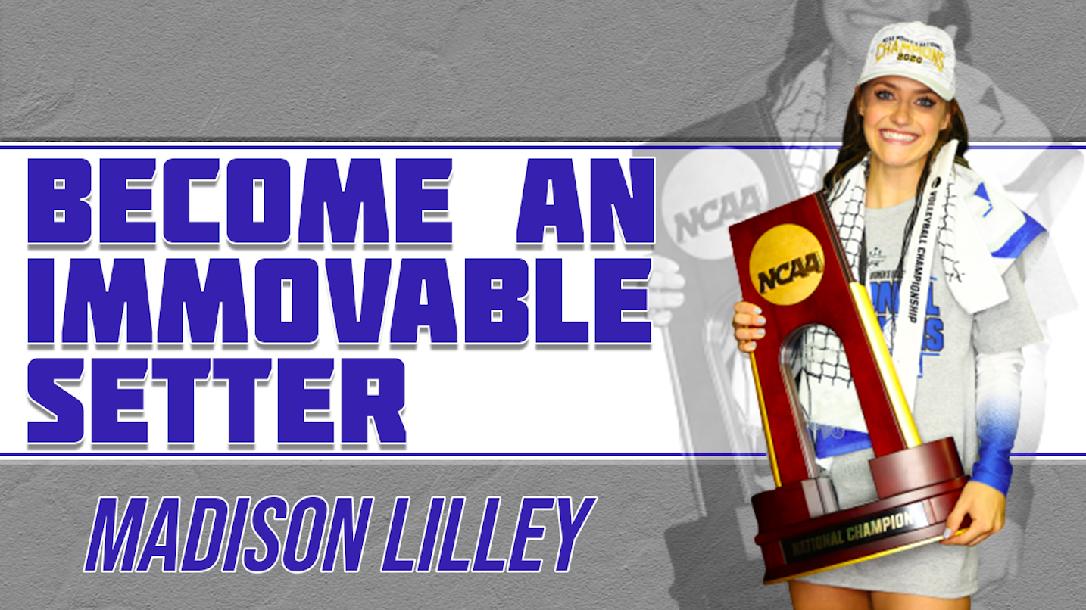 If you are looking to become a more consistent and accurate setter, you’re in the right place. No matter your age or level of play, throughout my course, you will be able to fine tune skills from hand positioning, to mastering the spin set.

As a setter, having a wide skill set and understanding of the game can take you to the next level.

In my course you will discover:

Additionally, I have answered some of the most commonly received questions that I get, in hopes of inspiring players of all skill and age groups.

If you are eager to take your game to the next level, follow broken down techniques, this is the perfect course for you.

In high school, Madison Lilley was awarded the Andi Collins Award from PrepVolleyball, an award only received by the best high school setter in the entire nation. Throughout her high school career, Lilley was already separating herself from being a great athlete to being an elite athlete. Before attending Kentucky University, Lilley already had multiple awards just from her career in high school. Some of these awards include: Under-Armour All-American, National Junior Player of the Year, Two-time Kansas 6A state champion, Kansas Gatorade Player of the Year, Won a 2015 state championship and 2017 club national championship, Four-time member of the USA Volleyball All-Tournament Team, and won MVP at Nationals.

Developing the Setter: A Thorough Program by Brian Gimmillaro
Views: 21105
$49.99

You just booked "The Next Level - Jump Setting, Spin Setting, and Short vs. Long String"